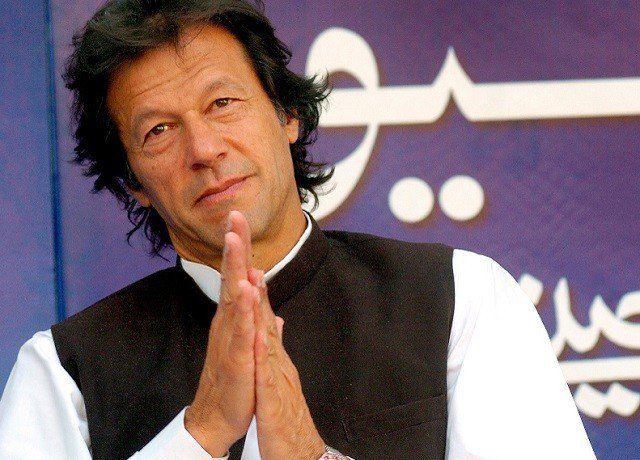 “In our desire of peace, I announce that , and as a first step to open negotiations, Pakistan will release the Indian Air Force officer in our custody tomorrow,” Imran Khan announced addressing the joint session of Parliament of Pakistan.

Khan’s gesture and his stance for promoting peace and keeping a level head during difficult times is being lauded by Pakistanis, including celebrities from Pakistan and around the world as well.

What a time to be alive Alhumdulillah – My Pakistan , my PM @ImranKhanPTI and Pak Army has made me feel another level of pride today – I am in tears to see my entire nation stand together for #Peace !
Such an epic clap back in the face of all warmongers! #PakistanZindabad 🇵🇰

I have never been more proud of being a Pakistani, proud of my Prime Minister, my army who want peace , my media who has been so responsible, my people who are all advocating for peace. SICKENING to see Indian media spreading war hysteria among its ppl. #PeaceNotWar #SayNoToWar

Thank you! What a graceful and mature decision. The only right decision, nurturing peace, harmony and honoring life. Every Pakistani head held high today with pride @ImranKhanPTI https://t.co/kV2Ieeemg1

What a gesture @ImranKhanPTI! So proud of our country, it’s armed forces and its people. The world should stand a witness to the new mindset in Pakistan. That of PEACE which can prove to be the most substantial asset in bringing much awaited stability and progress in the region. https://t.co/f3UPHCJArz

What a man, What a leader and what a Pakistani. #indianPilot set free. This is called true humanity by a great Muslim leader. #INDIA wakeup and see who the real enemy is. @ImranKhanPTI no words to describe how proud we are of you. #SayNoToWar love live #Pakistan

Imran Khan is the true leader this country needs, I have never felt more Pakistani in my life to see this man fight against all odds for US. For his people and your his nation.
Proud of my… https://t.co/EkTexZvuic

Will forever remember the moment when there was unanimous and thunderous applause for Imran Khan, even from his strongest and harshest critics, because Pakistanis stood together for peace.#SayNoToWar https://t.co/sk334G8Qfc

PM @ImranKhanPTI government has scored massive wins in military, politics, diplomacy, morality and statesmanship in the last 48 hours. What a huge paradigm change. Finally a government devoid of personal interests & selfish goals. Pakistan UP on all fronts in this misadventure.

This is the start of de-escalation and a gesture that will paint @ImranKhanPTI in a very positive light.

That's called winning a Cricket match by hitting a Sixer on a 'full toss no ball' to win the match. @ImranKhanPTI you have shown true magnanimity…
PAKISTANI PM KHAN SAYS DOWNED INDIAN PILOT TO BE RELEASED ON FRIDAY "AS A PEACE GESTURE"