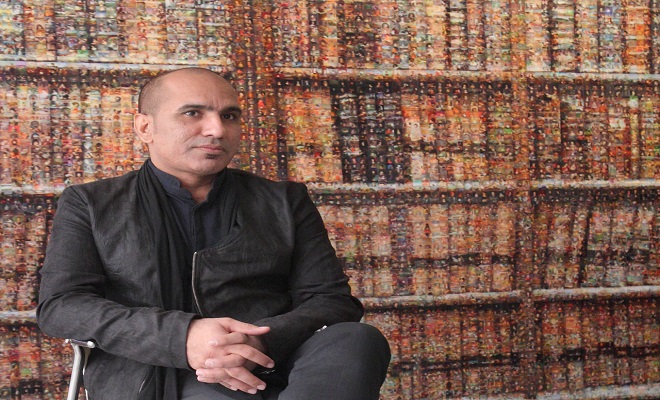 Rashid Rana’s work entitled “Red carpet Series # 1” for ABRAAJ Collection fetched the highest price among all the artworks by Pakistani artists in the auction. Rana, is considered to be one of the most promising and important artists from South Asia. His previous works have also been sold at whopping prices.

The second highest among Pakistanis was late Sadequain’s untitled work which was sold for Rs. 12 million (75,000-pound sterling).

Rana has previously showcased his works at various prestigious locations including, but not limited to, the British Museum, London, Metropolitan Museum , New York and Fukuoka Museum , Japan. Rashid Rana is known for his expertise in paintings, stainless steel sculptures, video installation, photo-sculptures and photo mosaics, and has also won Asia Art Award by Asia Society.