Kapoor passed away today after battling cancer for 2 years 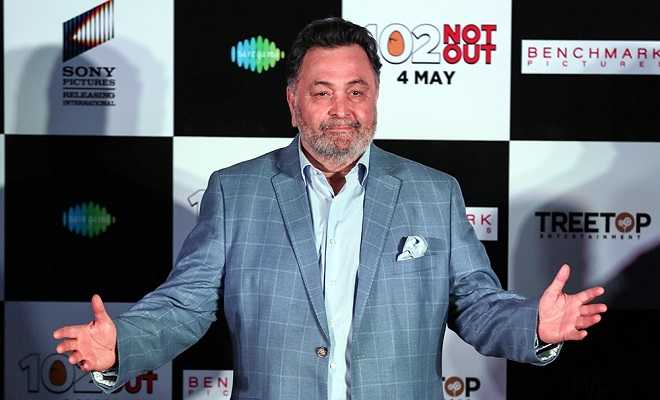 Two days and two cinema legends are gone. Bollywood has suffered a major blow with the deaths of Irrfan Khan and Rishi Kapoor in two consecutive days.

However, it is not the only Bollywood that is feeling a big loss. As big as an actor Rishi Kapoor was, he was also a friendly and kind human being, with friends on both sides of the border.

Pakistani celebrities too have been mourning the loss of Rishi Kapoor aka Chintu and paying tribute to the legend in heartfelt posts on their social media.

Here’s what our celebrities have been saying;

The entertainment industry has lost another stalwart, another legend. 2020 is turning out to be one screwed up year. Proves the fragility of life .. how temporary it is and that we should cherish, value and love those around us while they're still with us.. RIP #RishiKapoor

Two legends, two days. Im still in disbelief. A man who lit up the screen with his performances for decades. Thank you. You will always remain alive in our hearts. RIP 💔 #rishikapoor pic.twitter.com/ALnl29Mj46

My mother Rizwana Akhtar, brother Zubair Akhtar and Kajol Bhabhi with these down to earth superstars #RishiKapoor and #IrrfanKhan in Delhi. No amount of words can truly suffice this. We will miss you both. Grown up by watching Rishi Kapoor’s movies. #RIPRishikapoorji #RIPIrrfan pic.twitter.com/h4eIYS01jq

The world has lost two great names of the entertainment industry. #rishikapoor and #irrfankhan, you both will be missed. This is heartbreaking. #RIP https://t.co/8lfsco8FfH pic.twitter.com/qfnATYaGsd

What a great loss. Extremely sad that Rishi sahab is no more. Sharing this picture from when we had all gone to meet him and to cast him in JPNA2. May he rest in peace. He was the best of the best pic.twitter.com/viifGDdfHv

Two great actors , two great artists #irfankhan and #rishikapoor. Very sad but we will all return to where we belong.

May Allah makes it easier for them in the next world. Amen