Rawal posted a tweet with wrong facts, “Myanmar is situated at a distance of 1769 km from India and merely 2 km from China, then why immigrants move to India than China". 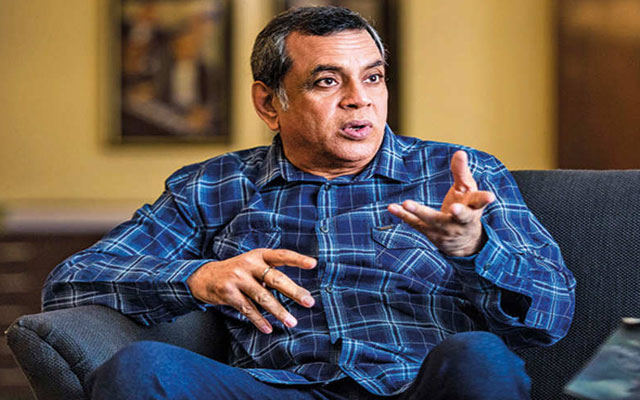 The Bollywood fraternity continues to be divided over the controversial Citizenship Amendment Act (CAA), which has resulted in massive protests in India.

While several celebrities have spoken out against the controversial Act and defended the countrywide students’ protests, actor Paresh Rawal took to social media to defend the highly rejected bill in the worst possible way.

Rawal posted a tweet with wrong facts, “Myanmar is situated at a distance of 1769 km from India and merely 2 km from China, then why immigrants move to India than China”.

He then goes on to blame the anti-nationals for Rohingya Muslim influx.

Because Unlike India,
there are no seculars
no Intellectuals
no anti nationals no
in China, who support refugees
Rohingyas

According to geographical aspect, the total length of the international border between Myanmar and India is 1,643 kilometres (km). Just like how Myanmar shares a border with China, it also shares its border with four Indian states [Arunachal Pradesh, Nagaland, Mizoram, and Manipur]. In fact, all three nations share borders.

Netizens trolled Rawal for his lack of knowledge about geography and also about being selfish towards the immigrants.

If you had studied geography in school, then you wouldn’t be tweeting this WhatsApp university bullshit

And I used to have a huge respect for this man’s talent. Alas, he traded his brain for a party ticket. 4 North-Eastern states of India share a 1643 KM border with Myanmar. One thousand six hundred forty three.
But Mr. Rawal has to forward the 💩 sent to him by IT Cell.

Babu bhaiya our own jethal bhai has something to say pic.twitter.com/pDmCFbH2z8

Facing the severe backlash, Rawal also tried to justify his act by saying, “Don’t find the fault with the postal stamp (geography etc ) but read the message/ meaning”.

Dont find the fault with the postal stamp (geography etc ) but read the message/ meaning !