Actor Peter Dinklage received the Outstanding Supporting Actor for his roles as Tyrion Lannister in the hit series Game of Thrones. 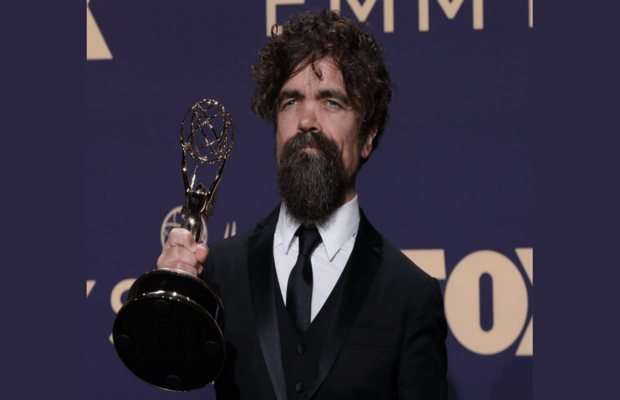 Peter Dinklage made Emmy Awards history after winning Outstanding Supporting Actor in a Drama Series for the fourth time.

Peter Dinklage was awarded the trophy for the Outstanding Supporting Actor in a Drama Series for the fourth time for his roles as Tyrion Lannister in the international hit HBO series Game of Thrones.

Peter got pretty emotional when he got on stage at 2019 Emmy Awards ceremony to accept the award.

“Thank you. I have no idea what I’m about to say, but here we go. I count myself so fortunate to be a member of a community that is all about tolerance and diversity because no other place could I be standing on a stage like this,” the actor said in his acceptance speech.

While recalling his meeting with series creators David Benioff and D.B. Weiss, Dinklage said, “It’s been about 10 years, all said and done, since the moment I met Dave and Dan until right now”.

Peter Dinklage has another #emmy to add to the growing collection #GameofThrones #KTVUEmmyshttps://t.co/9m3i97g86q pic.twitter.com/3o6GBB4ENG

“I had no idea what I was getting myself into, but I knew that David and Dan were quite brilliant. Ten years of absolute sweat, but 10 years of the most incredible, talented, funniest motherf**king people — hey, it’s over, I don’t care — I’ve ever been lucky enough to work with,” added the actor, who was born with dwarfism.

“We did nothing but sweat, we did nothing but laugh. Dave and Dan, we literally walked through fire and ice for you. Literally. And I would do it all over again in a heartbeat. Thank you,” he said.

He previously took home the same award in 2011, 2015 and 2018. He had until now shared the three-win record with Art Carney, Don Knotts, and Aaron Paul.