PISA 2020 kicks off tonight; Nabeel and a few other celebs share their reservations

Nabeel Zaffar took to his social media accounts to share he will not be attending the event! 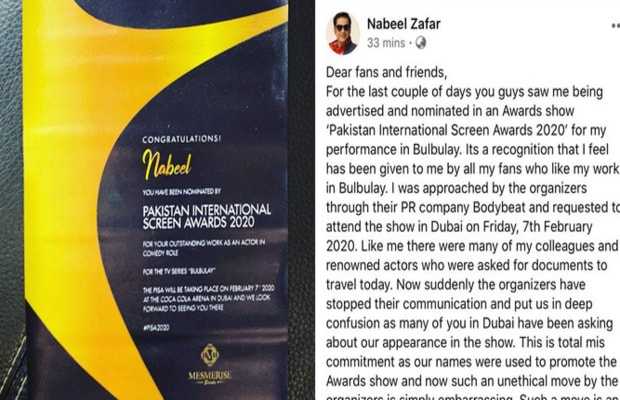 The Pakistan International Screen Awards (PISA) 2020 are all set to kick off tonight at the grand Coca Cola Arena, Dubai.

The social media feed of the celebrities and PISA indicated many of the Pakistani celebrities have landed in Dubai, flown for the event in undoubted style.

However, there are a number of reports of mismanagements and controversies overshadowing the event before PISA 2020 could officially kick-off.

After Mahira Khan clarifying the report, that she won’t be performing at the event, here comes an open letter full of complaints by Bulbulay star Nabeel Zafar.

Nabeel who happens to be nominated for his performance in the hit series is not attending the event.

Sharing the reason on social media, Nabeel wrote, “For the last couple of days, you guys saw me being advertised and nominated in an awards show ‘Pakistan International Screen Awards 2020’ for my performance in Bulbulay. It’s a recognition that I feel has been given to me by all my fans who like my work in Bulbulay.”

“I was approached by the organizers through their PR company Body Beat and requested to attend the show in Dubai on Friday, 7 February 2020. Like me, there were many of my colleagues and renowned actors who were asked for documents to travel today. Now suddenly the organizers have stopped their communication and put us in deep confusion as many of you in Dubai have been asking about our appearance in the show.”

He went on to say, “This is total miss commitment as our names were used to promote the awards show and now such an unethical move by the organizers is simply embarrassing. Such a move is an insult to me and many other artists who were contacted and committed to travel. It will also bring a bad name to our industry specially in front of people who have bought tickets to the show.”

As soon as Nabeel’s comments were shared on his official Facebook page, a number of Pakistani celebrities came forward sharing their own concerns: 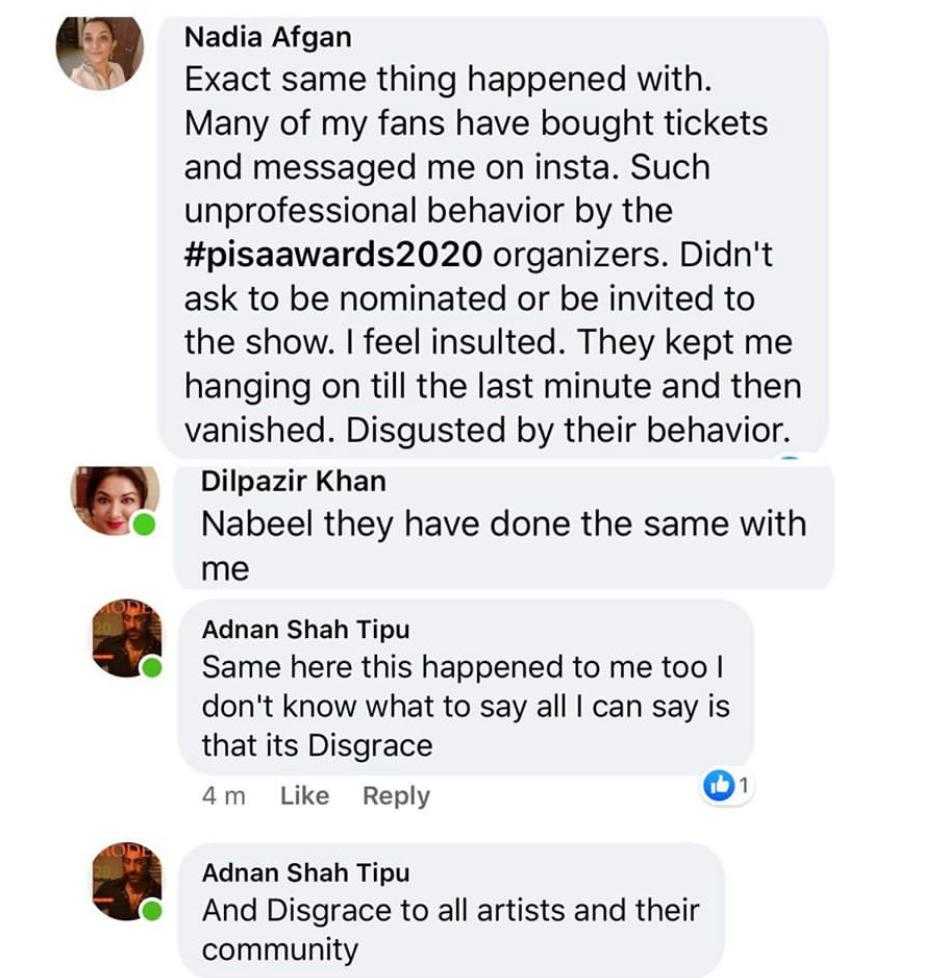 However Moiz Kazmi of Body Beat PR, in a statement to Images over the issue, said:

“When you fly 200 people, it’s not an easy task. It’s a new show and a new product. Every brand and event have teething issues. I think with time, PISA will get bigger and better. Every new brand will have its share of stress, together, we can make Pakistan a brand globally.”