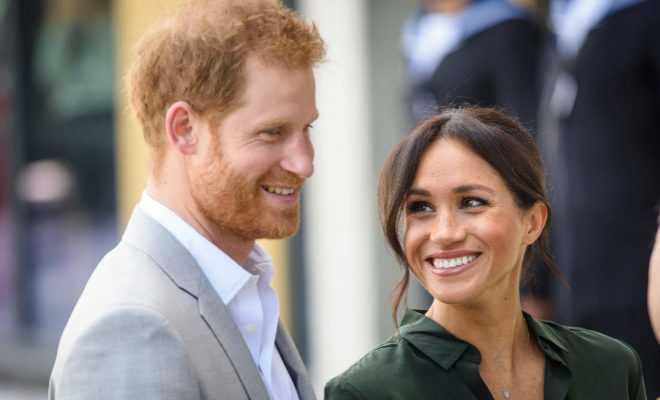 In a startling revelation of Royal accounts, which are released every year, it has come out in public knowledge that the house Duke and Duchess of Sussex are currently residing in, required £2.4 million of public’s money.

Located in the grounds of Frogmore House, half a mile away from Windsor, Frogmore Cottage became home to Harry and Meghan a little before their baby’s birth in May. The couple had also held their wedding reception in Frogmore House last year, and thus the location holds a special place in their hearts.

The British Royal Family has published their Annual Report about their yearly dispenses. But here is a good read: ”No doubt UK headlines will centre around the £2.4m/$3.55m spent restoring Harry and Meghan’s Frogmore Cottage (a gift from the Queen) from five apartments back into a home. In 2014 William and Kate were also scrutinised for the £4.5m/$5.73m spent renovating Apartment 1A at KP.“ -Omid Scobie- Good morning this is today’s news! Now heading off to my next Royal trip today! Have a nice day!

The luxurious home to the Sussex’s that includes a mother and baby yoga room, luxurious bathrooms, grand kitchen previously consisted of five separate homes that were then renovated and converted into a house worthy enough for the Royal family. The new flooring and other mentions are a part of the new structure which now stands in place of the old demolished buildings.

A royal accountant shared, “Frogmore Cottage had not been the subject of work for some years and had already been earmarked for renovation in line with our responsibility to maintain the condition of the occupied royal palaces estate.”

Every June, there is a public celebration of the Queen's birthday called Trooping the Colour. Her actual birthday is back in April , but Trooping of the Colour has marked the official birthday of the British Sovereign for over 260 years. The custom of Trooping the Colour dates back to the time of Charles II in the 17th. Century when the Colours of a regiment were used as a rallying point in battle and were therefore trooped in front of the soldiers every day to make sure that every man could recognise those of his own regiment. This year’s ‘Trooping the colour’ is Meghan’s second time attending the big event. Meghan is wearing Givenchy.

It was also revealed in the recently released statement that the Sovereign Grant – the allocated funds for the Royal family – witnessed a £20 million increase this year as the Royal family spent nearly £67 million this year.

A major part of the funds went to maintenance and renovation of Royal palaces across the country and a substantial chunk of the money went to Queen’s expenses. Known as Core Sovereign Grant (allotted to Queen) stood at £49.3 million, a whopping increase from £3.6 million of the financial year 2018.