The princess' wedding dress also belonged to the Queen. 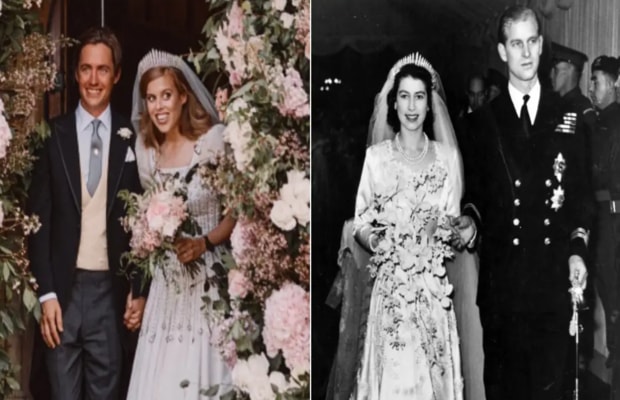 Princess Beatrice of York got married in a secret wedding on Friday and the photos released by the Palace reveals that she got married wearing the same tiara that her grandmother Queen Elizabeth II wore on her royal wedding  73 years ago, in 1947. 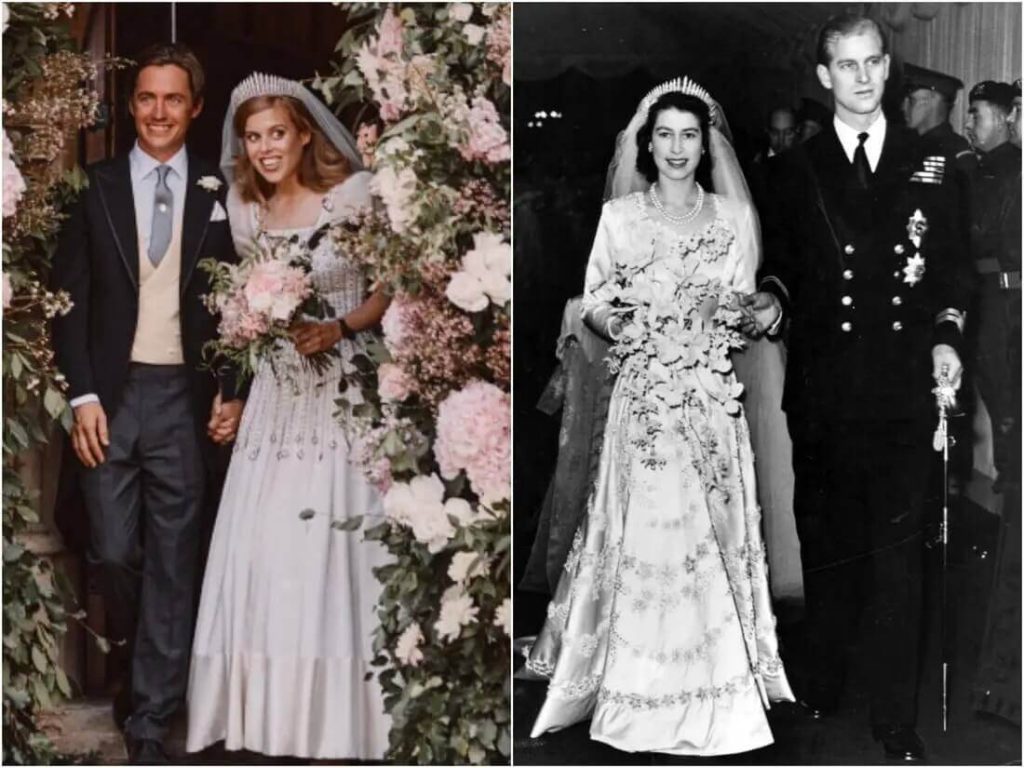 Buckingham Palace has released two new photos one of Beatrice and Mozzi leaving the chapel, and another of the newlyweds with the Queen and Prince Philip observing social distancing.

The photos were taken by Benjamin Wheeler. 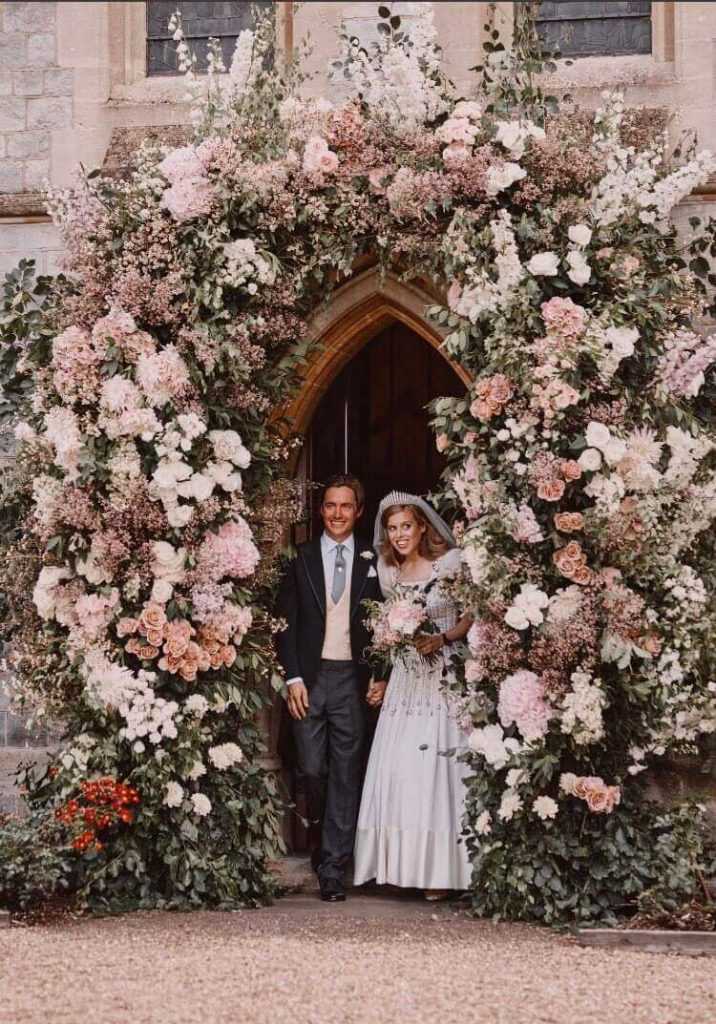 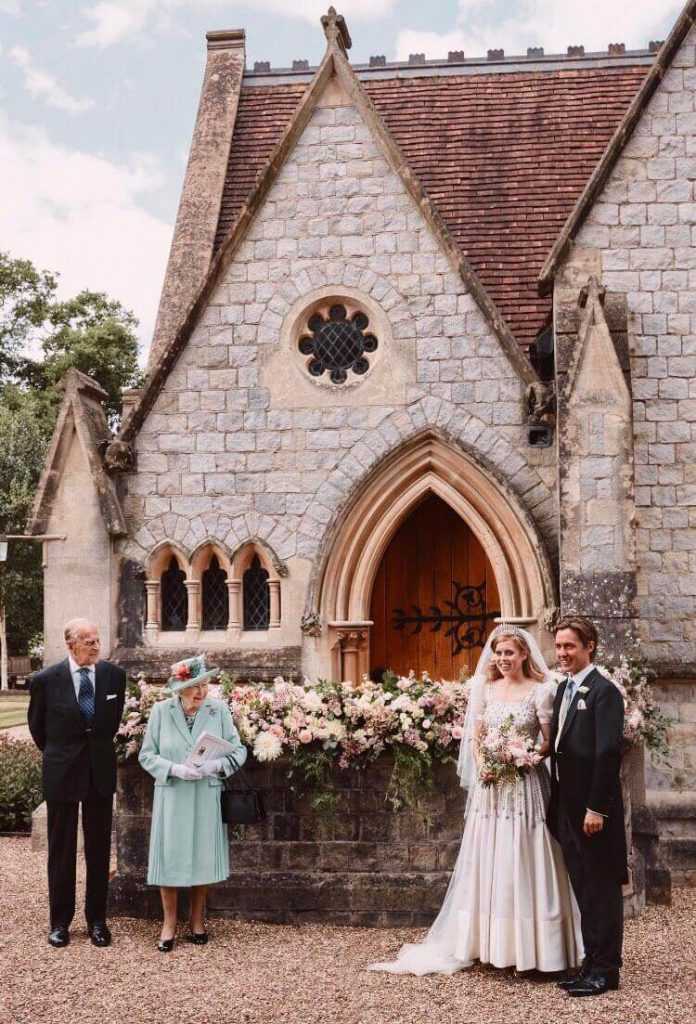 Adding more to it, Princess of York also wore the dress belonging to the Queen.

Her wedding dress, a vintage Norman Hartnell design, was worn by the Queen at the state opening of parliament in 1967.

Ninth in the line to the throne, Princess Beatrice, the daughter of Prince Andrew and Sarah, Duchess of York, married her fiancé in a private wedding at Windsor Castle attended by Queen Elizabeth II.
The wedding took place on Friday morning at The Royal Chapel of All Saints at Royal Lodge attended by close relatives.
Princess, 31, and Mr. Mapelli Mozzi, 35,  were initially to wed in May but coronavirus delayed the plans.
According to Buckingham Palace’s statement, “The private wedding ceremony of Princess Beatrice and Mr. Edoardo Mapelli Mozzi took place at 11 am on Friday 17th July at The Royal Chapel of All Saints at Royal Lodge, Windsor.”
“The small ceremony was attended by The Queen, The Duke of Edinburgh and close family. The wedding took place in accordance with all relevant Government Guidelines”, it added.
tweet
Share on FacebookShare on TwitterShare on PinterestShare on Reddit
Saman SiddiquiJuly 19, 2020
the authorSaman Siddiqui
Saman Siddiqui, A freelance journalist with a Master’s Degree in Mass Communication and MS in Peace and Conflict Studies. Associated with the media industry since 2006. Experience in various capacities including Program Host, Researcher, News Producer, Documentary Making, Voice Over, Content Writing Copy Editing, and Blogging, and currently associated with OyeYeah since 2018, working as an Editor.
All posts bySaman Siddiqui