Why did Priyanka Chopra fall for Nick Jonas?

The element of respect makes a healthy relationship 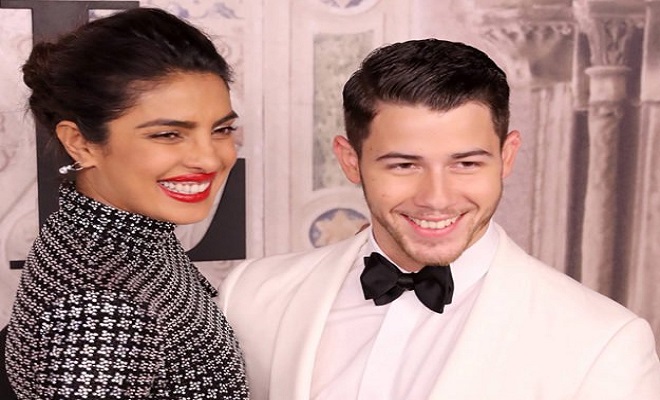 Priyanka Chopra and Nick Jonas, adorably known as NickYanka amongst their fans, are all set to tie the knot before the end of this year. Although the duo hasn’t confirmed their wedding dates publicly, Priyanka’s Bridal Shower that just took place in New York is proof enough that one of the biggest celebrity wedding of the year is just round the corner.

According to rumors, Priyanka Chopra and Nick Jonas have been together since the Met Gala 2017. However, the duo recently got engaged and now, before the impending wedding, Priyanka Chopra has finally opened up about her relationship with Jonas and why she fell for him.

Talking to Entertainment Tonight, Priyanka mentioned how Nick approached her. “I actually didn’t make the first move, Nick did. He texted me. The first time was a text and just saying, ‘I think we should connect,’ and whatever and that’s how we started talking,” said the Desi Girl.

Talking about what sort of a relationship she shared with Nick Jonas, Priyanka commented, “What I always wanted in a life partner was someone who respects you. By that, I don’t mean makes coffee for you but someone who respects the hard work you put into your life. Someone who understands that if his work is important, so is yours. Someone who makes choices that are important to him but also keeps your opinion in consideration. That’s respect and it’s an incredible thing to have in any relationship.”

Priyanka and Nick are rumored to be tying the knot on December 2 in Jodhpur, India. Opening up about her excitement prior to the wedding, the Andaaz star mentioned, “This is such a wonderful new step in my life and I’m still getting used to it because it’s obviously been a whirlwind and I haven’t seen myself happier. Just being in the whole situation of finding somebody who can be a partner to you in so many more ways than one is amazing, so yes I’m very excited.”