Priyanka Chopra schooled for her claims of having knowledge about Islam

"I was aware of Christianity. My dad used to sing in a mosque, I was aware of Islam. I grew up in a Hindu family," Priyanka said. 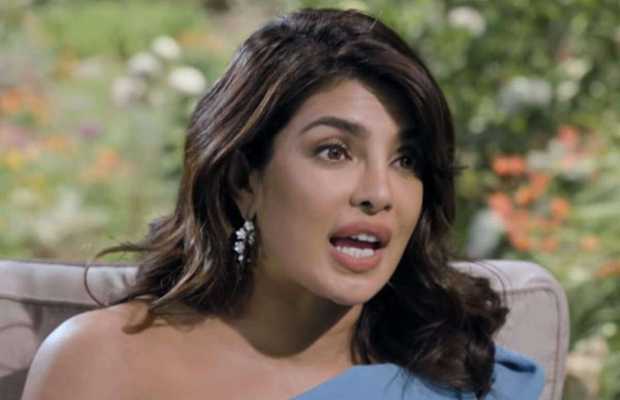 Priyanka Chopra is being schooled on social media for her claims of having knowledge about Islam.

The Bollywood turned Hollywood actress will be the next guest at the Oprah Winfrey’s interview.

The show once again managed to make headlines after the bombshell interview of Megan and Prince Harry.

However, the Quantico star who tried to pull a global citizen image portraying having knowledge about religions has backfired!

Though the interview is to premiere on March 20 on discovery+, as part of ‘Super Soul,’ hosted by Oprah Winfrey and produced by OWN, the promo of the show features, Oprah talking to Priyanka about India’s ‘spiritual energy’ and asks if she had a ‘spiritual foundation’.

Priyanka Chopra Jonas can be seen speaking about her secular upbringing in secular India that she claims and talks about how she has had Christian, Islamic and Hindu influences in her life.

“I think I did. In India, it is hard not to. You’re right. With the swirling number of religions that we have, that live within the country as well. I grew up in a convent school,” Priyanka says.

“I am a Hindu. I pray I have a temple at my home, I do it as often as I can. But true to me, I am a believer that a higher power does exist and I like to have faith in that,” she added.

“My dad used to sing in a mosque, I was aware of Islam,” she says!

Sorry, that’s not the correct awareness of Islam. No one is allowed to sing in a mosque!

Netizens were quick to point out the wrong perception about Islam on social media:

Singing in Islam is Prohibited. Any fatwa on @priyankachopra ???

Do something about this Deoband. Islam is in Danzerrr 🙏 pic.twitter.com/5TR8li0oML

@priyankachopra No you don't even know a single thing about Islam.
Even a child knows religious rituals that you cannot sing in Mousqe. pic.twitter.com/JsPeipOBIP

This happens when you try to win Muslim fans without having rudimentary knowledge of #islam 😂.@priyankachopra I sympathize with you but believe you me it's been one of your worst attempts to increase your fan base. #PriyankaChopra #botchedattempt @irenaakbar pic.twitter.com/w1vdO93VDg

Dear @priyankachopra
How is singing in a mosque makes one aware of Islam? Do many years in India didn't let you know about muslims around you? By this logic- my dad argues cases in court so I am aware of the law. #PriyankaChopra #Oprah 😂 pic.twitter.com/gDbVG5aZT1

The sit-down interview will give audiences a closer look into Priyanka Chopra Jonas’ journey of self-discovery, her marriage to Nick Jonas, and her New York Times best-selling memoir, ‘Unfinished’.