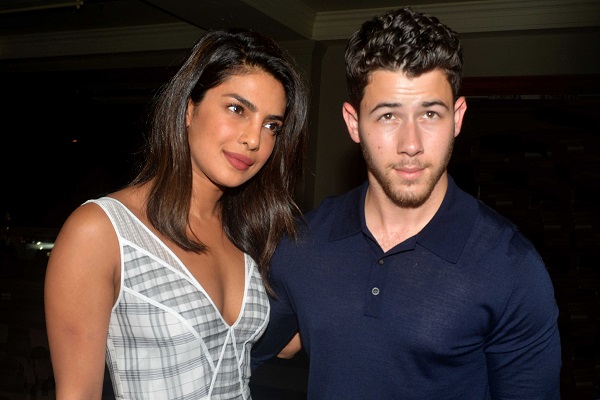 Eversince their relationship was made official, Priyanka Chopra and Nick Jonas have been giving some serious couple goals to all those in love and looking forward to their marriages. Priyanka and Nick don’t only share a sizzling chemistry with each other, they’re both supportive and absolutely, madly in love.

Recently, after making an appearance on The View, Priyanka let her fans in on a big secret.

PeeCee thinks she is a terrible wife to Nick Jonas and she had reasons to believe so. The Isn’t It Romantic actress was asked if she cooks for Nick to which she replied that she couldn’t and therefor believed she was a terrible wife/
“He is from a good Southern home where his mother made food, and I am not like that. I am a terrible wife in that sense,” said Chopra also adding that she only knew how to how to cook eggs and toast.
Priyanka also shared about the moment when she mentioned her culinary skills to Nick.  “When I told him I can’t cook, he said, “It’s alright babe, neither can I,” added Priyanka.
tweet
Share on FacebookShare on TwitterShare on PinterestShare on Reddit
Laiba SabeenMarch 21, 2019
the authorLaiba Sabeen
All posts byLaiba Sabeen