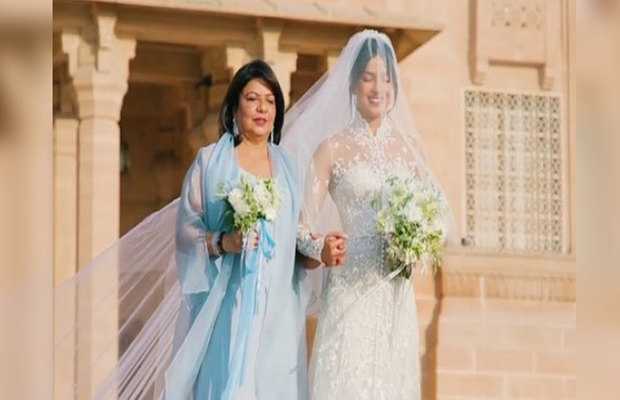 On the surface Priyanka Chopra and Nick Jonas had a big fat lavish wedding but for a desi mom of Priyanka, even that was not enough. Talking to Ellen DeGeneres on her show, Priyanka revealed that her mother was upset with her during the wedding as she could not invite her hairdresser and her jeweller.

“Usually Indian weddings are like 1,000 people at least. We only had 200 people which was mostly just family because both of us have giant families. Because I think we just wanted to keep it super intimate, about just family,” said PeeCee.

Interestingly on the same show, Ellen complained that she was also not invited by Priyanka and Nick Jonas. However, Priyanka claimed that the husband and wife had invited the talk show host, but did not receive a response from her.

“That’s not true. There was no invite,” Ellen reacted.

“That’s so true. I was like, ‘We’re not good enough for Ellen, she wouldn’t come to India. She doesn’t even respond anymore. Nick, you’ve had such a good relationship with her.’ I was very offended for him, honestly. But I’m just the wife. I don’t really know anything,” PeeCee said with a laugh.