The new Royal family portrait focuses only on the future kings 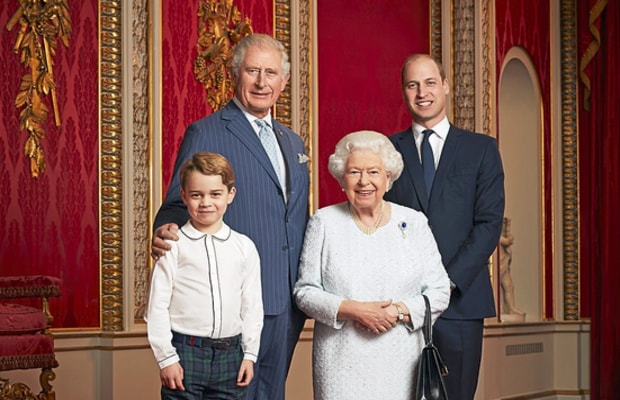 New Year and a new decade has begun for everyone but in particular for the British monarch who is transitioning towards a more contemporary royal setup in the coming years. To mark the beginning of the new decade, the royal family has issued a portrait featuring Queen Elizabeth and her three direct heirs, Charles, William, and George.

Dressed in a white dress with a blue brooch and clutching her iconic handbag, the queen stands at the front of her heirs. Behind on the first step is six years old George dressed in a black checkered pant and his iconic white shirt with center stripe. Prince Willian and Prince Charles both don dark blue suits as they smile in the camera. 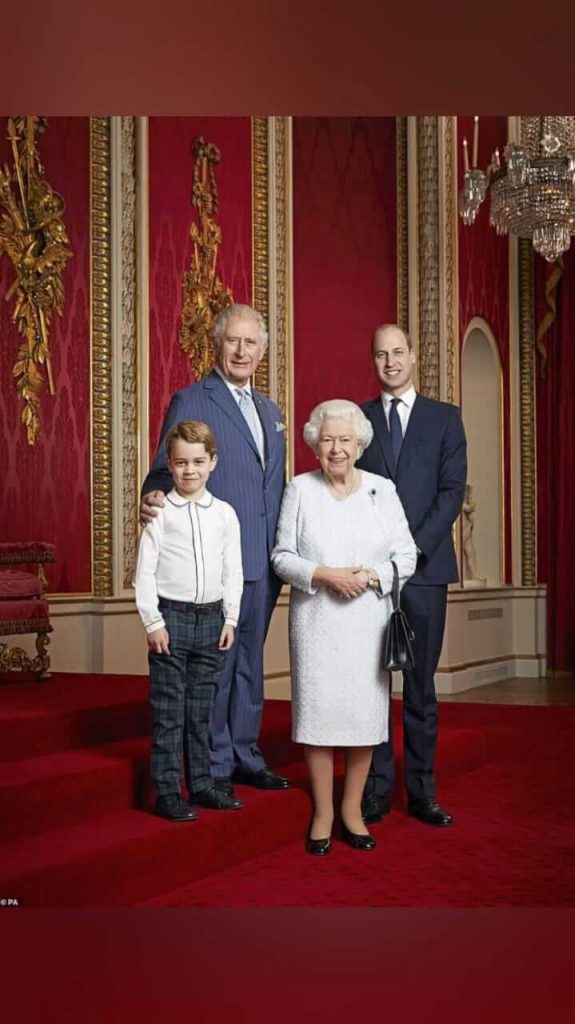 The current portrait of the 93-year old queen with her son, grandson and great-grandson reflects on the royal family’s ‘slim-down’ approach after Charles earlier indicated to limit royal status to his children and grandchildren only once he is throned as the king.

Thus the portrait not only commemorates the new decade’s beginning but also points out the shift in Queen Elizabeth’s viewpoint.