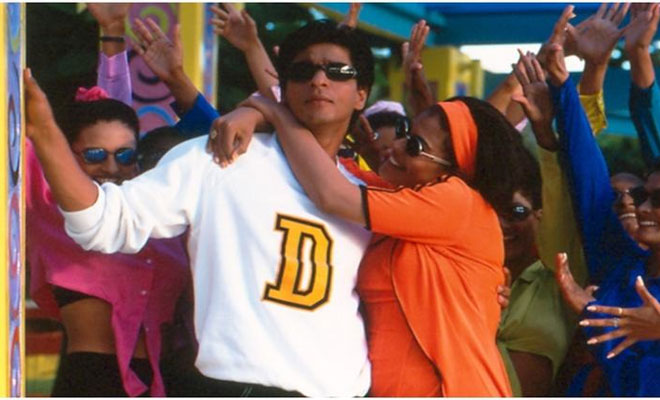 An odd 25 years in the industry and Shah Rukh Khan has epitomized several character in that span of time. Be it a loverboy, a villain, a hockey coach and even a superhero. Yet, his most popular portrayals remain his quintessential romantic avatars, Rahul and Raj, from the films Dilwale Dulhaniya Le Laaenge, Kuch Kuch Hota Hai, Dil Toh Paagal Hai and Kabhi Khushi Kabhie Gham. These films earned him the label ‘King of Romance’.

In a recent interview, King Khan said that the characters he plays on screen may not be the good people in real life for they are made to fit the movies and the audience.

Recently, Shah Rukh was asked about his reaction if his daughter Suhana ever met one of his iconic characters from the movies he did in the ‘90s and he was quick to say:

“What is the essence of romance? To make somebody feel it at a particular moment in time. Personally, I’m not like that. If I stood with my arms open and sang a song in front of my wife, probably she’d throw me out of the house.”

“I told my daughter, that if a guy meets you and says, ‘Rahul, naam toh suna hoga’, he’s a stalker. If a boy looks at you across a room at a party and says, ‘Aur paas, aur paas’, go kick him in the shins. But in the film, if I’m able to activate an element of innocence and make it attractive, the role gets reinvented by itself.” He added.

Well, that’s some good advice from the man who knows romance quite well.