Netflix's The White Tiger has been making some waves lately. 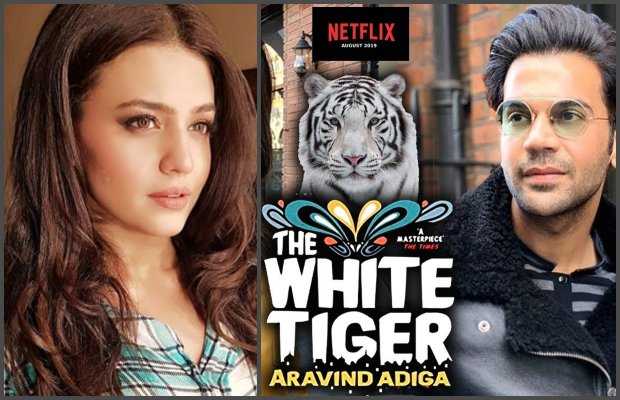 Rajkummar Rao is thankful to Zara Noor Abbas for appreciating ‘The White Tiger’.

Netflix’s The White Tiger, an American drama film directed by Ramin Bahrani has been making some waves lately.

And Pakistani starlet was one among who appreciated the work and in an Instagram story, Zara Noor Abbas  termed the  film a “masterpiece” and urged her followers to “Watch this Now.”

The word reached the White Tiger star Rajkummar Rao who responded to Zara’s note saying “Thank you so much.” 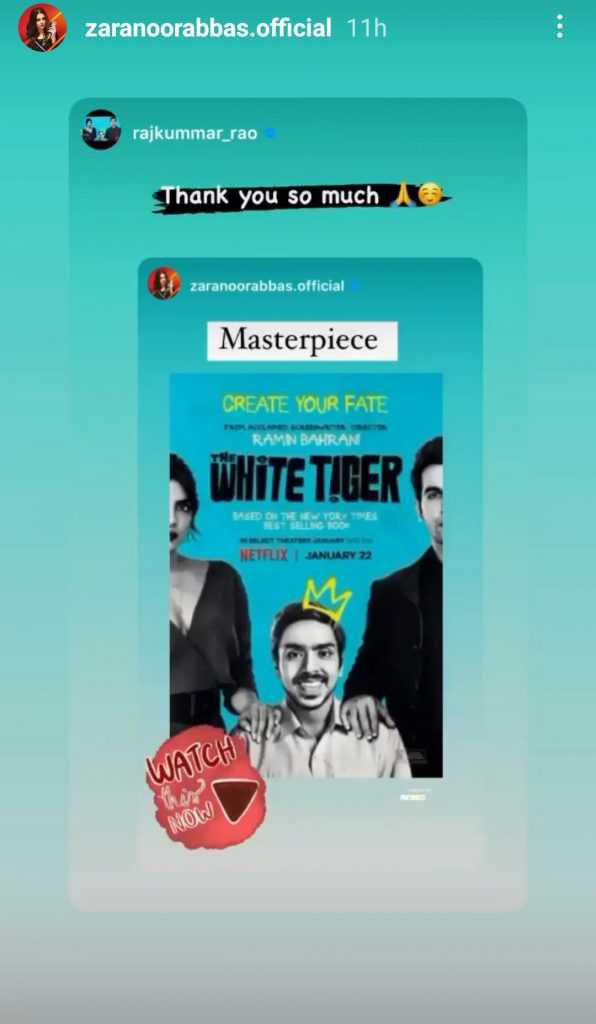 Along with Rajkummar Rao, the film stars Adarsh Gourav in his first leading role,  and Priyanka Chopra, who also served as the film’s executive producer.

Based on Aravind Adiga’s book of the same name, White Tiger tells the tale of an ambitious Indian driver who uses his wit and cunning to escape from poverty and rise to the top. 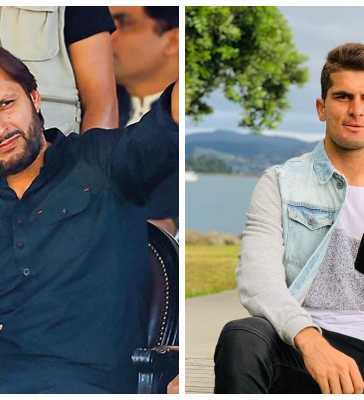