Ranbir Kapoor has been celebrating the success of his film, Sanju that has proven to be a game changer for him. His depiction of Sanjay Dutt as a drug addict has wowed the audience and cinema experts. In a conversation with a leading publication, he confessed that he has tried drugs when he was younger.

In a conversation with Deccan Chronicle, he admitted, “I have tried drugs when I was in college and got into bad influence. But I realized that nothing will happen in life if I continue with drugs. When we did that section, I did a lot of research.”

“This film is a good learning for children and youth that five-minutes of ecstasy can destroy your entire life. It’s the worst thing possible,” he added stating that Sanjay was much stronger, a fighter who came out of it and became a star. 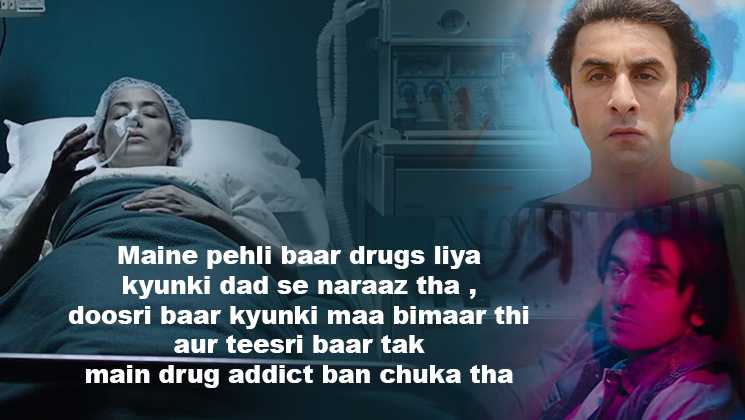 While Ranbir has not done any hard drugs he thinks smoking is an addiction much worse. “Every man makes mistakes in his life. I am addicted to nicotine now and it’s worse than drugs.”

He also said that he has a sweet tooth that’s hard to control! “And I have an addiction for sweets as well.