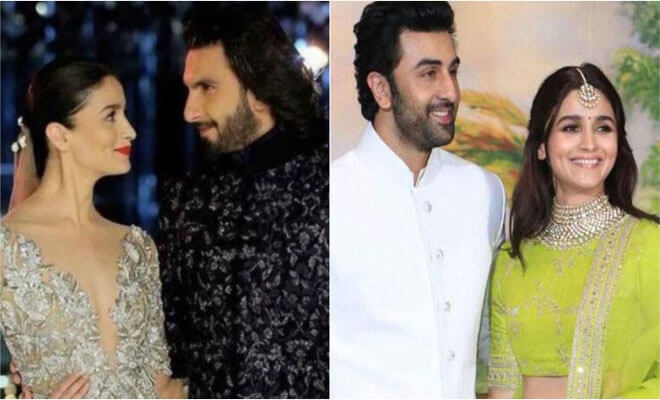 The trailer of Ranveer Singh and Alia Bhatt’s starrer Gully Boy hit the web on Wednesday, and it looks like the duo actors have knocked it out of the park with their power-packed performances.

At the trailer launch, Alia Bhatt was asked to compare her co-star with Ranbir Kapoor, whom she is currently dating and with whom she’s working in Brahmastra, however, it was Ranveer’s analysis of her equation with both actors which had everyone in splits.

“They have quite a few similarities. They are both superb human beings and are outstanding actors. Both of them are special to me. The only difference is that I’m doing Gully Boy with one and Brahmastra with one,” Alia answered.

Of course, Ranveer did not accept this diplomatic answer and decided to have a little fun at Alia’s expense. “One is more special and the other is less special,” he teased his co-star.

Ranbir and Alia have been in a strong relationship for the last few months. Things have been heating up between the couple, and they have even bonded with each other’s families.

Rumours are doing the rounds that Ranbir and Alia are planning to take their relationship to the next level and get hitched in the near future. However, Alia refuted the news and said that marriage would have to wait.