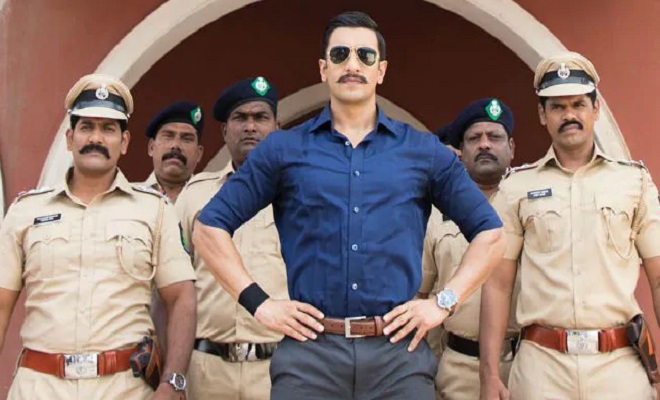 When it comes to action, director Rohit Shetty, surely knows his thing. Whether he’s directing comedy in Golmaal or he’s focused on recreating the Shahrukh Kajol romance in Dilwale, he makes sure, he brings about his signature action touch to each movie he does.

And now, when he’s working on a full fledged action movie, we can only guess what will our eyes get to witness on screen.

Lead actor, Ranveer Singh, shared a short clip of Simmba behind the scenes and we’re hooked.

Baap of Action, Back in Action, captioned Ranveer Singh, with the BTS video and looking at the clips, we’re certainly in for some great action packed masala movie.

Talking to India media earlier, Ranveer shared, “Simmba is a full blown masala film. It’s an entertainer. I believe masala films are the holy grail of mainstream Hindi films. In terms of genre, it is the king of all genres.”

“I am very lucky and I am very blessed that I am under the guidance of the king of the genre. Rohit Shetty is the gold standard in the masala film genre. I am making a foray into this genre in his film so it could not get any better. It’s highly entertaining,” the Padmaavat star added further.
Simmba hits theatres on 28th Decemeber 2018.
tweet
Share on FacebookShare on TwitterShare on PinterestShare on Reddit
Laiba SabeenOctober 27, 2018
the authorLaiba Sabeen
All posts byLaiba Sabeen