Ranveer Singh wants to know who photoshopped him as Joe Exotic

The actor is questioning people on his Instagram story 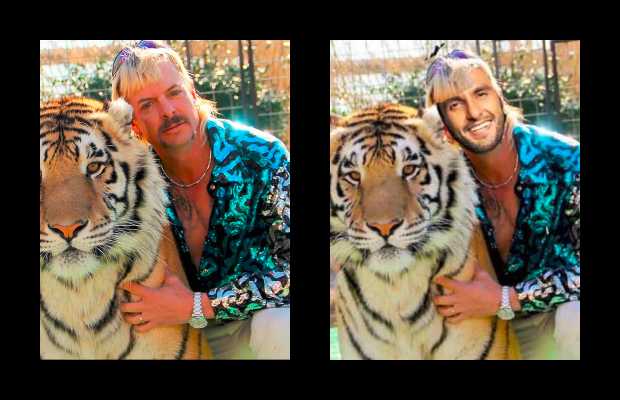 With productions shut down around the world, life in the Bollywood circle has become slow too. Actors have been spending quality time with their families and do things they never did before.

For Ranveer Singh, it is staying updated on social networks and keep a lookout for what’s happening online.

Recently, the Ram Leela actor took to Instagram to share a photoshopped image of himself as the notorious Joe Exotic from the popular Netflix show, Tiger King.

The actor then took to his Instagram to post a story with the picture and question his fans to know who did that and so perfectly. 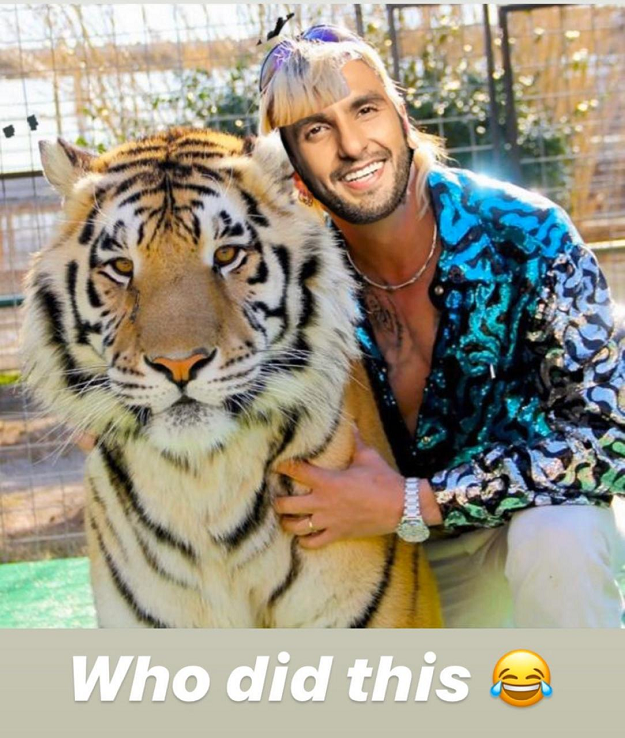 Joe Exotic is an Oklahoma zookeeper in Netflix’s show Tiger King. The show revolves around Joe Exotic, his rivalry with rescue activist Carole Baskin and being imprisoned for hiring a hitman to try to kill her.

On the work front, Ranveer Singh will appear next in Kapil Dev’s biography, ’83. He will be sharing screen space with Deepika, who will essay the role of Romi Dev, Kapil’s wife. Singh will also be seen as a Gujrati in film Jayeshbhai Jordaar.