The actress was earlier bashed for speaking against the Turkish drama 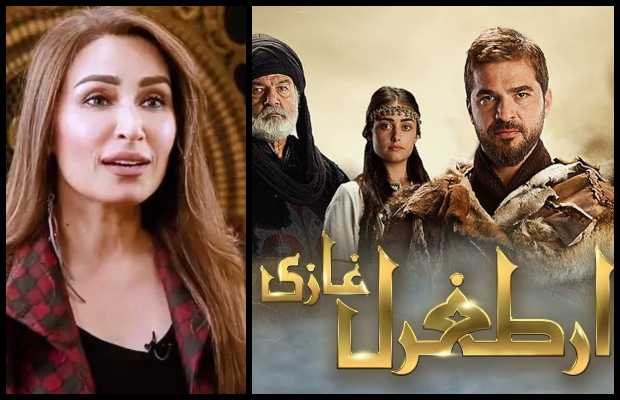 To all the fans of the show, I am not against the drama nor the history it presents, Reema - OyeYeah News
0Share
660Views

Veteran Lollywood actress Reema Khan irked the fans of Turkish drama Dirilis Ertugrul when she spoke against the show a few days ago. After a bit of heat, the actress once again took the stage of her Ramzan show to address the matter and clarify her stance.

“To all the fans of the show, I am not against the drama nor the history it presents,” said Reema.

“It is not possible that I would ever go against a positive portrayal of Islamic history. Be it a show from Turkey, Malaysia, Saudia Arabia, or even from enemy states, I would always support it when our history is shown in a positive light,” she added.

Reema then went on to say that what she meant was taken out of context and her without any bias for the Turkish drama, wants her own industry to be protected and promoted. The actress suggested a barter arrangement should have been implemented by the Pakistani government when it decided to air Dirilis Ertugrul on PTV.

“Television shows produced in Pakistan in the past, they should also be dubbed in Turkish and aired there (Turkey) in exchange through an arrangement with the government. This way the revenue generated there could be used to nurture local industry so out of work technicians and directors can’t find work,” said Reema.

Earlier in one of her recent Ramzan transmissions, Reema had condoned Shaan Shahid’s views as she maintained that gove should protect its local industry and its people who pay taxes and are currently jobless.