Dr. Azmi is said to have written around 600 nohas per year for around 200 Anjumans in Pakistan. 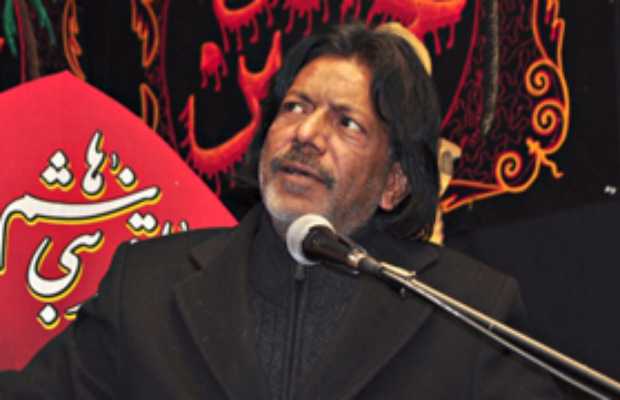 Rehan Azmi, a famous poet, and songwriter has passed away in Karachi aged 63.

As being reported, Azmi suffered from health issues for a long time.

According to his family source, he was admitted to a private hospital in Karachi where his condition remained critical till he passed away.

July 7, 1958, in Karachi, and his real name is Syed Rehan Abbas. He was a noted Shayar e Ahlebait,  who after leaving songwriting and established a connection with praise and salutation.

Dr. Azmi is said to have written around 600 nohas per year for around 200 Anjumans in Pakistan.

He became a poet of mourning literature and has 25 books comprising of Salam, Noha, Naats, Manqabat.

The famous song “Hawa Hawa” which became a trademark for singer Hasan Jahangir was written by Dr. Rehan Azmi.

He also held the ‘Guinness World record’ in 1997 for being the 7th speediest writer of poetry in this world.

I’m deeply disheartened to say that Dr Rehan Azmi, an extremely well known poet in our community has passed away. 💔 More than 30 years of service to spread the message of Ahlulbayt.

One of His last video with Mir Hassan.💔
May Syeda س reward him for his work for AhlulBayt ع #RehanAzmi pic.twitter.com/bu2tT2XbgL

Oh God! Rehan Azmi Sahab is no more! I lack words to express the sadness & loss. The world, esp the world of azadari is a poorer place. Blessed extraordinarily by Maula(as). #RehanAzmi was truly incomparable. May his soul rest in eternal peace under the blessings of Masters (as)

He was the best as a poet & undoubedtly BIBIع will reward him for he always stayed as a servant to AHLEBAIT writing nohay , salaam , maqabat & marsiye !

An end of an era for whole shia nation#RehanAzmi is no more
May his soul rest in peace 🙏😭😭 pic.twitter.com/v6amRz4qlE