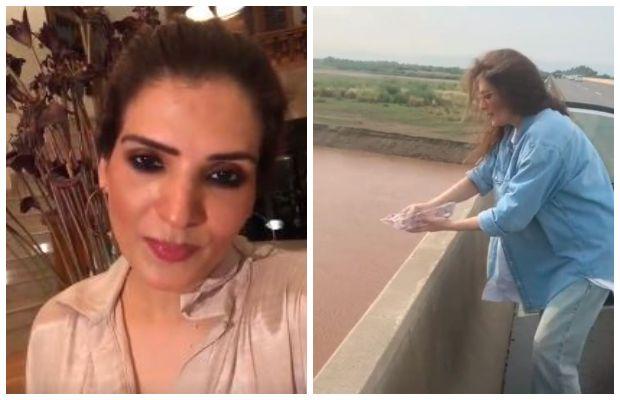 Taking it to social media, Lollywood star Resham in a video message extended her apology for throwing shopping bags in the river as she fed the fish.

The starlet admits she made a mistake and hopes to never repeat something like this again.

“It was probably one of the biggest mistakes of my career and I hope I’ll never make a mistake like this again,” the actress said.

The actress took to Instagram and shared a video of herself apologizing to her fans, followers, and the entire nation.

“First of all, please accept my apology because what happened shouldn’t have happened. It happened out of carelessness and was not done intentionally and for that, I apologize to the entire nation. I personally am against littering and to keep our country clean is our duty. I’m also a human and every human makes mistakes, and so did I,” she said

The star who faced a massive backlash on social media is now being appreciated for her gesture of admitting her mistake.

This is how unconditional apology looks like.. great job Resham
pic.twitter.com/YFylPKyl3l

This was so sweet and genuine of her . Thank you Resham https://t.co/eS2l5yMaCJ

Resham who received the Pride of Performance award last year faced massive criticism for not keeping a sense of responsibility, no sensible person throws plastic on the road and she threw some of it in the river.