Richard Donner redefined the concept of what a superhero on film could be. 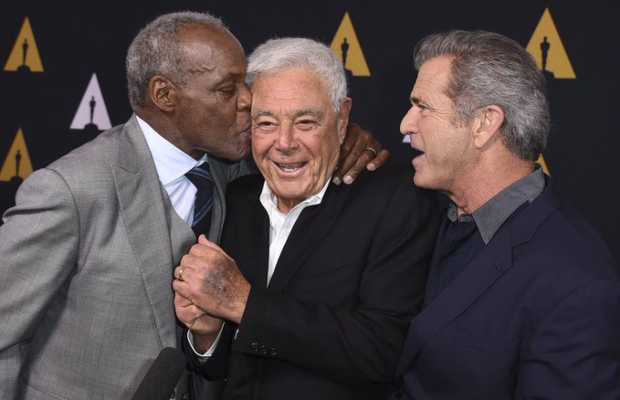 Donner’s production company also confirmed his death without elaboration on the cause of death.

He gained fame with his first movie feature, the 1976’s horror film “The Omen.”

He was the genius behind “Superman” for introducing special effects to the film.  He redefined the concept of what a superhero on film could be.

Donner directed all four “Lethal Weapon” films in an 11-year span. The franchise grossed more than $900 million globally and made Gibson, as Martin Riggs, to superstar status.

In a statement, Mel Gibson said, “Donner! My friend, my mentor. Oh, the things I learned from him!”.

“He undercut his own talent and greatness with a huge chunk of humility referring to himself as ‘merely a traffic cop.’ He left his ego at the door and required that of others.”

“If we piled up all the good deeds he did, it would stretch to some uncharted place in the firmament,” Gibson added. “I will sorely miss him, with all his mischievous wit and wisdom,” he added.

Tributes pour in on social media on Donner’s passing away.

Steven Spielberg reflects on the passing of Richard Donner, friend, and beloved director of THE GOONIES for Amblin Entertainment, who passed away today at 91.#RichardDonner #TheGoonies pic.twitter.com/6KSmKvWqVI

I couldn't agree more with the tributes pouring in honoring the great Richard Donner. I was so lucky to have worked with him in his final movie for television #SarahT alongside @RealLindaBlair. His next project was #TheOmen-the rest is history! #RIP_Dick https://t.co/5E3w4milYP

Thank you, Richard Donner. You made me believe. pic.twitter.com/zmeONQpTUT

Richard Donner had the biggest, boomiest voice you could imagine.
He commanded attention and he laughed like no man has ever laughed before. Dick was so much fun. What I perceived in him, as a 12 year old kid, is that he cared. I love how much he cared.

For this last shot of The Omen, Richard Donner told his child actor to look back at the camera like he was angry, and when he did, Donner started joking “Don’t you smile! Don’t you smile!”

And that’s how we got one of the great evil smiles in cinema history.#RIPRichardDonner pic.twitter.com/xoGJtX8dqX

I loved Richard Donner as person, and massively admired him as a director. To think he made The Omen, Superman, The Goonies and Lethal Weapon in just over 10 years time, and many more. Stunning. Truly one of the greatest American filmmakers of all time. He will be sorely missed. pic.twitter.com/6BWIkrvfuN

That would be awesome. Like a Goonies: The Next Generation