Seems like, Chintu Jee is all for peace now 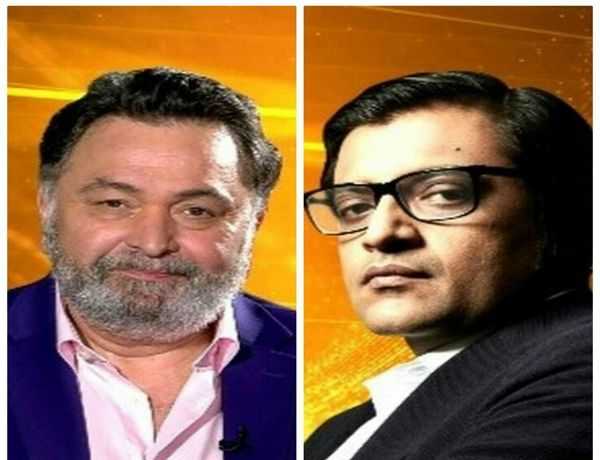 We all know how active veteran Bollywood actor Rishi Kapoor has been over the years. Not only does Kapoor boasts of an incredible film journey but he also hyperactive on social media as well, when it comes to various issues.

It was a week ago when he appeared on an Indian TV show hosted by Arnab Goswami and to everybody’s surprise, Chintu jee took variable stances in the entire interview.

When it comes to Pakistan and India relations, Rishi Kapoor has been extremely critical of Pakistan at various times. However, it was for the first time ever that Risihi Kapoor openly took pro Pakistani stance in that particular interview and supported peace between the two neighboring countries.

“This fight has to end some day”, spoke Rishi Kapoor. He also used term “Jhagraa” for the unfriendly relations, for which the anchor tried to grill him with sizzling questions.

“People are dying here and people are dying there (in Pakistan), I love this country but how many widows and orphans do you want to see?” added veteran actor.

Rishi Kapoor, who tweeted in favor of Pakistani players to be included in the IPL after one year of Urri attack, found himself under the line of fire when the anchor questioned, “I was shocked when you tweeted that. It was so insensitive. Would any Pakistani star behave like that? Tell me one Pakistani star who takes an anti Pakistan position?”

To which Rishi replied in response “I don’t even know if they have any stars in Pakistan, please. There are some actors who are very popular. I worked with Fawad Khan. If I can work with a Pakistani actor than why can’t our team play with Pakistani players? I am what I am and will not change.If you don’t like it, don’t follow me”.

Rishi Kapoor has been quite a controversial Tweeter. The way he responded to the questions on talk show, it became impossible to say who he he was defending or supporting.

It was some while ago when Rishi Kapoor and Neetu Singh both wanted to see Saba Qabar in upcoming sequel of Hindi Medium despite of the ban on Pakistani artists to work on Indian projects.

tweet
Share on FacebookShare on TwitterShare on PinterestShare on Reddit
Saman SiddiquiMay 12, 2018
the authorSaman Siddiqui
Saman Siddiqui, A freelance journalist with a Master’s Degree in Mass Communication and MS in Peace and Conflict Studies. Associated with the media industry since 2006. Experience in various capacities including Program Host, Researcher, News Producer, Documentary Making, Voice Over, Content Writing Copy Editing, and Blogging, and currently associated with OyeYeah since 2018, working as an Editor.
All posts bySaman Siddiqui