Cristiano Ronaldo Announces His Girlfriend Is Pregnant With TWINS!

The Manchester United player shared the news with fans on Instagram 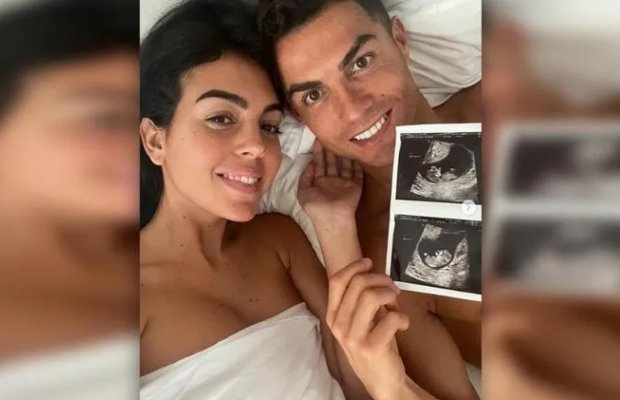 Cristiano Ronaldo announces to the world that his girlfriend Georgina Rodriguez is pregnant with twins.


The Manchester United player has shared the news with his fans on Thursday via an Instagram post.

Cristiano, the father of four,  previously has a daughter named Alana with Georgina.

The 36-year-old football great broke the news with fans while sharing a photo of the couple in bed holding ultrasound photos. He also included a photo of him hanging out with his other four children.

“Delighted to announce we are expecting twins👶🏻👶🏻. Our hearts are full of love – we can’t wait to meet you,” Ronaldo captioned his post.

Ronaldo’s oldest son Cristiano Jr was born in 2010 but was raised in Spain.

Earlier this year in  September, Georgina and Ronaldo relocated to England after he returned to Manchester United.

Ronaldo previously played with Manchester United for six years from 2003 to 2009.