Judicial Magistrate Javeria Bhatti issued the arrest warrants for both the artists for not following the court orders for appearance. 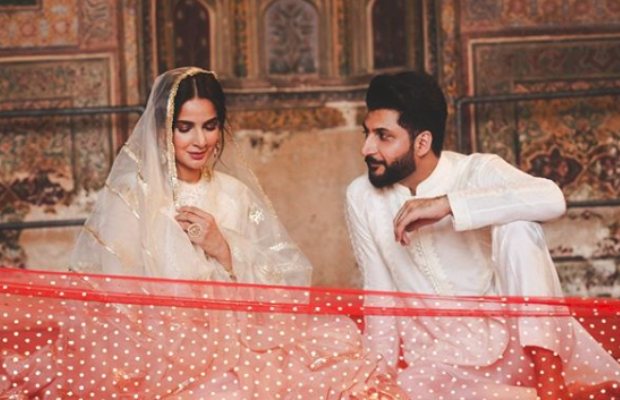 Saba Qamar, Bilal Saeed’s arrest warrants have been cancelled after the deposit of Rs30,000 bail bonds, it emerges on Friday.

A court in Lahore cancelled arrest warrants after both the artistes deposited Rs30,000 bail bonds in the court.

At the request of the accused’s lawyers, the court issued a written order in this regard.

However, the court ordered the actress-singer duo to appear before it on October 6 in person.

Both the accused assured the court to appear on the next date of hearing, through their lawyers.

A  judicial magistrate in Lahore on Wednesday issued arrest warrants for actress Saba Qamar and singer Bilal Saeed for appearing before the court in connection with the music video shoot at Masjid Wazir Khan.

The court had summoned Saba and Bilal as their challan was presented, but both of them failed to appear before the court.

The case filed in 2020, concerns the shooting of a song’s video in the historic Masjid Wazir Khan.

Akbari Gate police had registered a first information report (FIR) against the artists under Section 295 of the Pakistan Penal Code (PPC) following a court’s direction to act on an application of a lawyer as per the law and decide whether a cognisable offence was made out.