Both Qamar and Bilal Saeed were in attendance at the court. 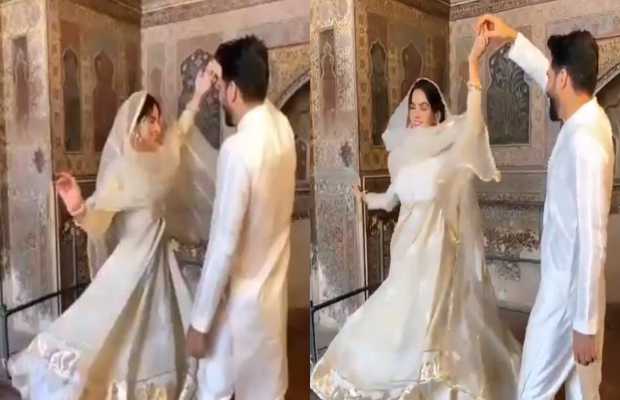 Actor-Producer Saba Qamar and singer Bilal Saeed have been granted interim bail by the Lahore court on Thursday in a case related to the shooting of Qubool’s music video in the city’s historic Wazir Khan Mosque.

Saba Qamar and Bilal Saeed were among a group of people who were booked last month in a case for allegedly “violating the sanctity” of the city’s Wazir Khan Mosque by shooting a music video.

“The court confirms the interim bail of both the accused,” Additional Sessions Judge Chaudhry Qasim Ali announced while issuing his verdict on the bail application.

As being reported, both Qamar and Saeed were in attendance at the court.

On August 15, the Pakistani artists were granted an interim bail from Lahore court in the case relating to the controversial music video shoot of Qubool at the Wazir Khan Mosque which expired on Tuesday (August 25).

The court had issued pre-arrest bail in the case till August 25 against Rs50,000 surety bonds collectively.

The case was filed on August 13 for shooting a music video for the song ‘Qubool’ at the mosque.

An FIR has been registered under Section 295 (deliberate and malicious acts intended to outrage religious feelings of any class by insulting its religion or religious beliefs) of the Pakistan Penal Code.

tweet
Share on FacebookShare on TwitterShare on PinterestShare on Reddit
Saman SiddiquiSeptember 3, 2020
the authorSaman Siddiqui
Saman Siddiqui, A freelance journalist with a Master’s Degree in Mass Communication and MS in Peace and Conflict Studies. Associated with the media industry since 2006. Experience in various capacities including Program Host, Researcher, News Producer, Documentary Making, Voice Over, Content Writing Copy Editing, and Blogging, and currently associated with OyeYeah since 2018, working as an Editor.
All posts bySaman Siddiqui