"We're still stuck in male, female, feminism. I don’t believe in, you know.. I believe in gender equality", she had said. 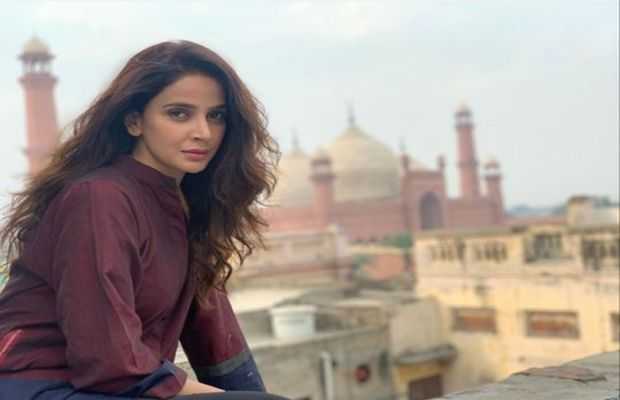 Pakistan’s top actress Saba Qamar in her recent interview shared her views on feminism are getting trolled on social media.

Video clips of her conversation with Samina Peerzada for her #RewindatHome series are doing rounds on social media.

“I want to live life, not just spend it,” said Saba Qamar,

The starlet opened up about her fears of abusive relationships and the expectation from partners to compromise.

“I would never marry a stupid man. Someone who argues, someone who fights, I cannot stand that.”

However, as the conversation progressed, the Baaghi actor seemed to put the burden of that issue on feminism.

“We’re still stuck in male, female, feminism. I don’t believe in, you know.. I believe in gender equality.”

“They feel hurt equally. It’s not solely a man’s responsibility to get five sisters married. In Pakistan it happens that one man has 10 mouths to feed, we have to change that. We don’t have acceptance, we are not taught otherwise”, she had further added.

However, trolls were quick to pick up her quote about feminism and hashtag #SabaQamar started to trend on top of Twitter by Saturday evening:

I believe in corona not Covid 19.
Saba Qamar pic.twitter.com/2EzoSWEy8o

Saba Qamar be like: I don’t believe in corruption but I believe in Asif Ali Zardari pic.twitter.com/a1A9gyg4iu

We drink water not H2O
We can breathe without oxygen
Le saba Qamar 🙏:- pic.twitter.com/a4dV59t0NL

HOW saba qamar is trying to tell 'she is not feminist anymore pic.twitter.com/bnX3K9bYzy

However, there were a number of netizens who came out supporting Saba Qamar’s stance:

Saba Qamar is correct. There must be equal rights and opportunities for every citizen to his/her life freely. Humans is born free. But the fact of the matter is we couldn't tolerate, listen and debate on real issues so called controversial for some people. pic.twitter.com/UcjEcFNfZl

Saba Qamar is correct. In today’s scenario, gender equality & feminism are two different things. Feminism has been reconstructed through a popular rhetoric by objectifying sexes, demanding rights and ignoring its social impact whereas GE is a manifestation, fairness & tolerance..