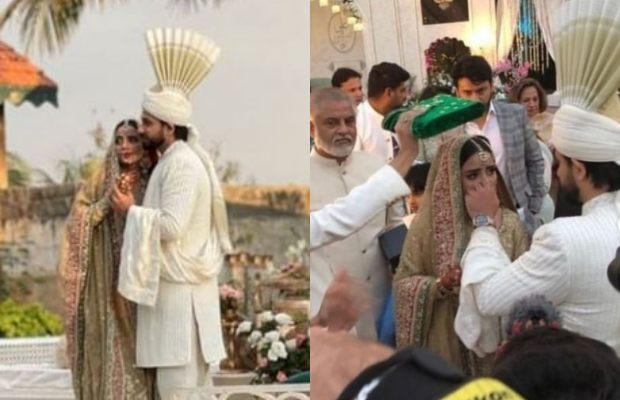 Saboor Aly and Ali Ansari, have tied the knot at a beautiful day ceremony on Friday. 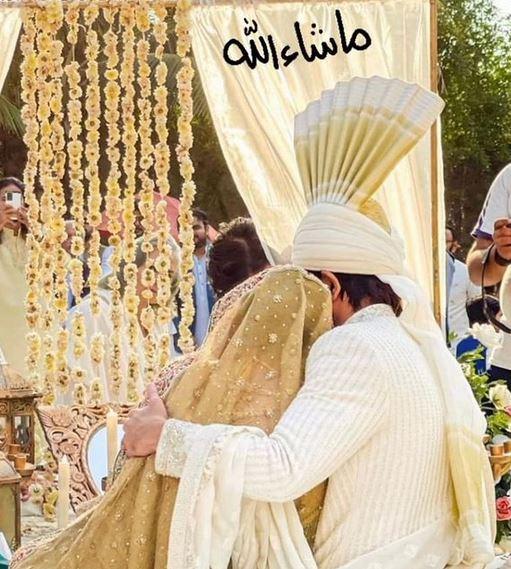 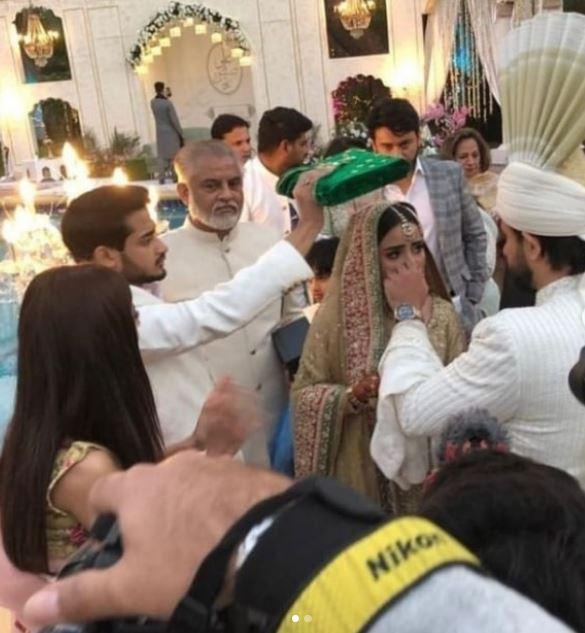 As being reported the Nikkah ceremony was attended by family, close relatives, and celebrity friends. 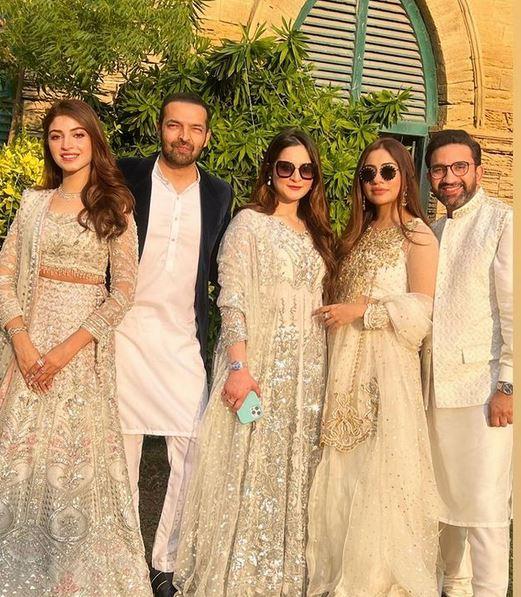 The videos and images from the celebrity wedding are now doing rounds on social media showing Saboor Aly made a pretty bride wearing a golden dress while groom Ali opted for a traditional white Sherwani and a Turban.

A day earlier, the Fitrat actress dropped an adorable photo from the mayun event where she can be seen rubbing turmeric on Ali’s face.

On the work front, the couple has worked in the drama serial NaqabZan.