I said to myself that 'just be confident', Sartaj is a fascinating character. 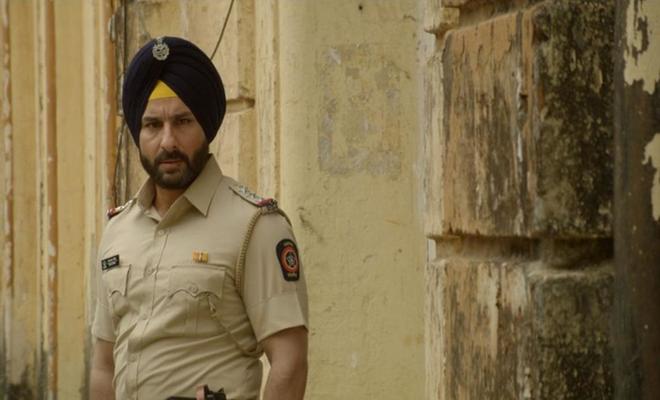 The recent news of Sacred Games Season 2 to kick off soon has made many fans happy, who eagerly wait to find out what will become of the 25 days’ time period to save the Mumbai city. Meanwhile, Saif Ali Khan who plays the role of the cop Sartaj Singh, has revealed that he had to convince himself to play this character.

The Bollywood star who is being acclaimed for his acting in the web series, while talking to news agency shared, “I wasn’t very “confident” about his role in the series but later I realized that the character of Sartaj is ‘fascinating’. I said to myself that ‘just be confident’. Sartaj is a fascinating character. He’s holding the show forward. Technically, the show is not moving forward without him. He is the soul and grounds it. And then, you need something to believe in otherwise everyone can be immoral”. 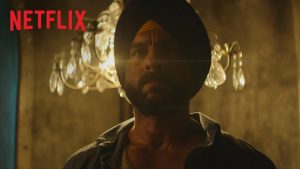 He further revealed that at first he was irritated with what unfolded in terms of story. “I felt like he’s getting slapped by everybody. What’s happening? Some second rate thug Bunty is jhaaping him. I got irritated. But it takes time. And if you see the show and I saw it much later. I asked him, ‘Are you sure you want me to do this role because this other guy has such a fun colour?’ and I was told that those things are true but we have seen that before”, added the Sartaj Singh of Sacred Games. 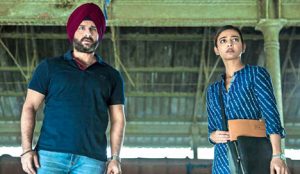 By fun colour guy he referred about Nawazuddin Siddiqui’s character Ganesh Gaitonde. Who seems to be the channeling character of the story, about which Saif also argued with the director at one point that why Sartaj is so passive. This was revealed by Saif Ali Khan. 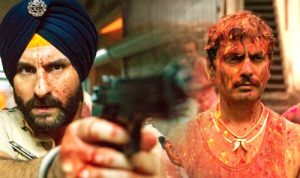 Saif Ali Khan further added, “He could have easily been this gun-toting cop but he’s not. He’s screwed on every level in his personal life. He’s trying to commit suicide, maybe by drinking the drain cleaner. Everyone is hitting and punching him, he’s so down. Perhaps that’s what made us feel that he’s different. I think the fact that I did it and did it quite willing to get slapped made a difference”. 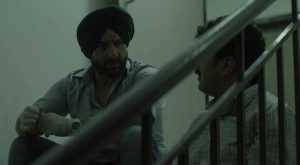 Meanwhile, Saif Ali Khan is gearing for the release of Baazaar, in which is he playing the role of an influential businessman Shakun Kothari. The film also features Vinod Mehra’s son Rohan Mehra, who is making his Bollywood debut. Besides Baazaar, Saif will also be seen in period drama Tanaaji: The Unsung Hero alongside Ajay Devgn, who plays the title role. 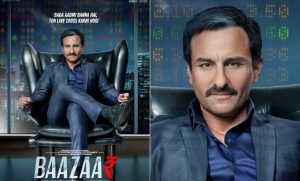 Speaking about his character in the film Baazaar, Saif told, “My character is like a nasty antagonist. Rohan Mehra is the hero. It is exciting to play strong and powerful roles. I don’t distinguish between roles, it is funny. The idea is even if you play bad, if it is well-written, people don’t think actors are being evil or nasty”.

As being reported Saif Ali Khan also has Jawani Janeman and Hunter in the line-up. About which further details are being awaited. But first Baazaar is releasing this weekend 26th of October, let’s see how it turns out to be.

tweet
Share on FacebookShare on TwitterShare on PinterestShare on Reddit
Saman SiddiquiOctober 25, 2018
the authorSaman Siddiqui
Saman Siddiqui, A freelance journalist with a Master’s Degree in Mass Communication and MS in Peace and Conflict Studies. Associated with the media industry since 2006. Experience in various capacities including Program Host, Researcher, News Producer, Documentary Making, Voice Over, Content Writing Copy Editing, and Blogging, and currently associated with OyeYeah since 2018, working as an Editor.
All posts bySaman Siddiqui