The web series is being directed by ace directer Haseeb Hassan 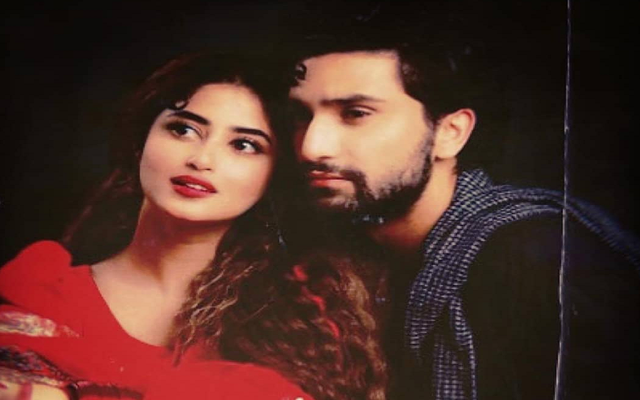 After wrapping up Aangan, the lead pair, Sajal and Ahad are gearing up to appear together in a web series. Titled Dhoop Ki Deewar, the web series has been penned down by Umera Ahmed and is being directed by ace director Haseeb Hassan.

Talking to Dawn Images, Haseeb Hassan let it be known that the story of Dhoop Ki Deewar will revolve around occupied Kashmir and Pulwama attacks, and will try to show what the families of martyred officers and soldiers go through during such times.

Haseeb also shared that Manzar Sehbai will be playing Sajal’s grandfather and he will be flying in from Berlin for his character.

Shooting for Dhoop Ki Deewar is still going on with the Karachi spell almost completed. The rest of the series will be shot in Kashmir, Lahore and also Swat. As per reports, the series might be released on social media in December.