She also urged showbiz stars to raise their voice for Saba Qamar. 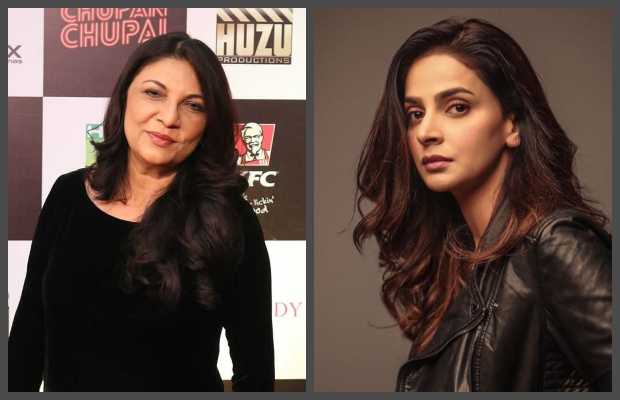 Pakistan’s veteran actress Sakina Samo has lauded support for Saba Qamar after a case was lodged against Saba and singer Bilal Saeed over the controversial music video shoot at Masjid Wazir Khan.

Taking it to Instagram, Sakina Samo wrote: “To @sabaqamarzaman with love. In solidarity with Saba, with great sadness I say. This is utterly wrong. She’s a fine artist and a kind person. She doesn’t do anything bad to anybody. She’s happy in her world.”

“I think it’s totally unfair to her and an insult to her talent. Things are greatly exaggerated. I believe her good intentions therefore I support her. The actor community should stand by her. If we don’t today then tomorrow it can be anybody’s turn. So beware my fellow actors”, she further added. 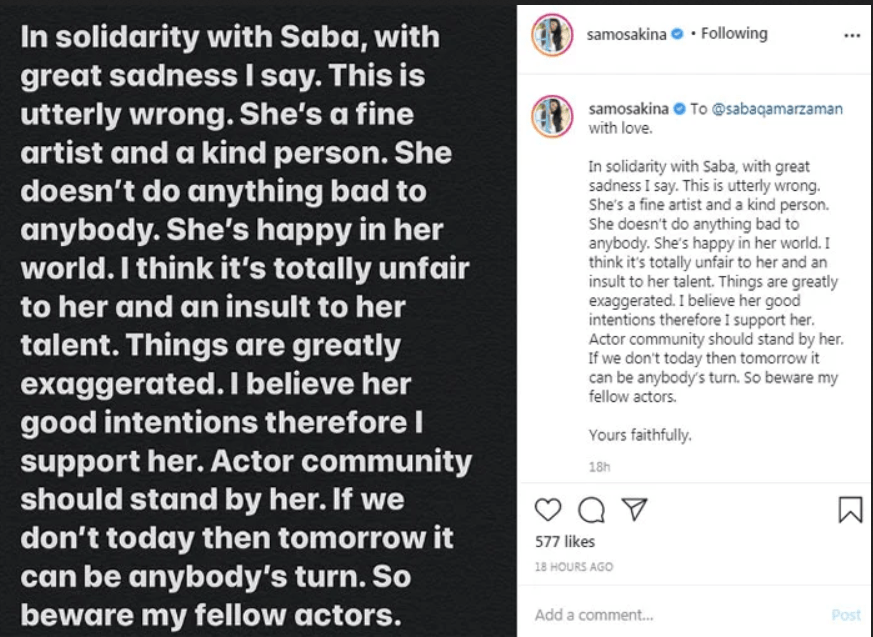 Saba Qamar and Bilal Saeed were nominated in the case on August 13 for shooting the controversial music video for their latest song ‘Qubool’ at the Wazir Khan mosque’s premises.

The case has been registered by the Akbari Gate police on the complaint of lawyer Farhat Manzoor. The FIR has been registered under Section 295 (deliberate and malicious acts intended to outrage religious feelings of any class by insulting its religion or religious beliefs) of the Pakistan Penal Code.

Ther session court of Lahore has granted interim bail on Saturday to the famous actor turned director Saba Qamar and singer Bilal Saeed in a case relating to the controversial music video shoot of Qabool at the historical Wazir Khan Mosque.

According to the details, a pre-arrest bail has been issued by the court till August 25 against Rs50,000 surety bonds collectively.

tweet
Share on FacebookShare on TwitterShare on PinterestShare on Reddit
Saman SiddiquiAugust 17, 2020
the authorSaman Siddiqui
Saman Siddiqui, A freelance journalist with a Master’s Degree in Mass Communication and MS in Peace and Conflict Studies. Associated with the media industry since 2006. Experience in various capacities including Program Host, Researcher, News Producer, Documentary Making, Voice Over, Content Writing Copy Editing, and Blogging, and currently associated with OyeYeah since 2018, working as an Editor.
All posts bySaman Siddiqui