It seems, Sanjay Leela Bhansali is all set to cast the two superstars together once again 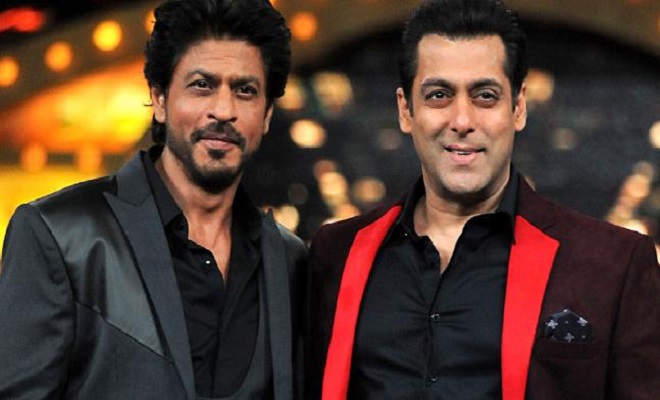 Salman and Shah Rukh Khan have not always been the best of buddies but ever since the two superstars of Bollywood put aside their differences, their bonding seems to grow. Whil SRK made a guest appearance in Salman’s Tubelight, Salman Khan shot a cameo for Shahrukh Khan’s upcoming film Zero.

The two have previously shared screen space in Karan Arjun (1995), Kuch Kuch Hota Hai (1998) and Hum Tumhare Hain Sanam (2002) and now it seems, Sanjay Leela Bhansali is all set to cast the two superstars together once again.

According to India media, “Salman and Shah Rukh will be reuniting on screen for a two-hero film that will be directed by Bhansali. A family drama about friend-turned-foes, the film will be along the lines of the Dilip Kumar-Raj Kumar starrer Saudagar (1991) and will see them share equal footage. The superstars have always been keen on doing a movie together and Bhansali’s film seemed to be the perfect opportunity. They have agreed to it in principle, but Bhansali might take as long as nine months to complete the final draft. If everything goes according to plan, the project may roll mid-next year.”

Adding further, the source told media, “Bhansali hasn’t started casting yet. He will approach stars only after he finalises his script.”

And if this works, the film, will certainly be grand, just like Sanjay Leela Bhansali’s earlier cinematic outings. The director/producer is currently riding high on the success of his last venture Padmaavat and if the SRK-Salman collaboration works, Bhansali will have another winner on his hands.