Vishal Bhardwaj's keen sense of translating literature on screen was the reason he was singled out for the adaptation by Netflix. 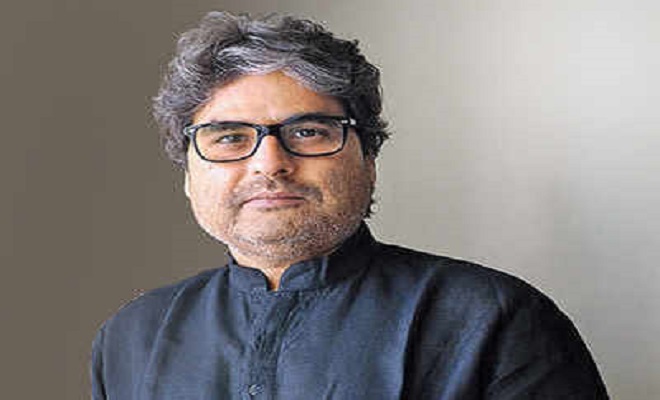 Adapting them into Hindi movies, filmmaker Vishal Bhardwaj, literally wowed his audience with his adaptations of Shakespeare classics like Hamlet and Othello. And now, adding another accomplished feat to his name, Bhardwaj is gearing up to translate and bring another piece of literature to the screens.

According to Hollywood reporter, Vishal Bhardwaj has been taken on board to helm the Netflix adaptation of Salman Rushdie’s 1981 novel Midnight Children.

Director of international originals for Netflix Simran Sethi mentions Vishal Bhardwaj’s keen sense of translating literature on screen was the reason he was singled out for the adaptation by Netflix.

“The scope and scale of Midnight’s Children can only be translated by a creator with an expansive vision, depth of storytelling, and a nuanced knowledge of bringing characters to life. We couldn’t have imagined anyone other than Vishal Bhardwaj as the show-runner on this series and are honoured that he will steer the project,” shared Sethi.

Sharing his delight on partnering with Netflix, Bhardwaj shared, “The opportunity to translate one of the greatest works of literature in a medium that is accessible to millions of people around the world is incredible, and I’m delighted to partner with Netflix in bringing Midnight’s Children to life onscreen. I’m confident that taking this quintessentially Indian epic that transcends generations and genres, combined with the production values and creative freedom that Netflix offers, will contribute to an unforgettable series that is Indian at heart and global in reach.”

Midnight’s Children revolves around a man born around the same time as 1947’s Partition who discovers that children born at the stroke of midnight are gifted with supernatural abilities. The story has a magical realist approach to British colonialism and the events that lead up to the Partition