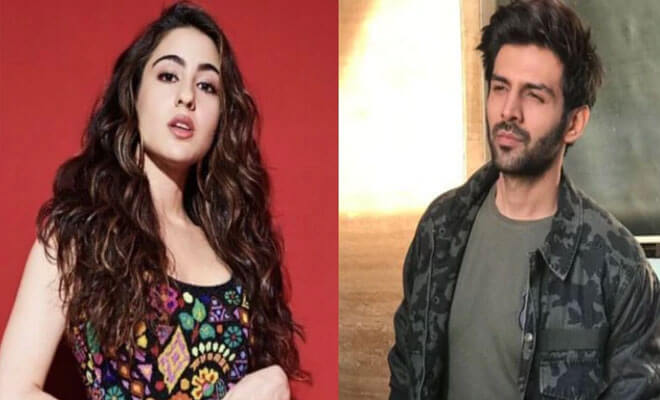 Since Sara Ali Khan has been vocal about her feelings for Bollywood actor Kartik Aryan, their fans have been waiting for them to go out on a date. And now, the Sonu Ke Titu Ki Sweety actor has said that he is ready to go on a coffee date with Sara Ali Khan who expressed her wish to date Kartik in an episode of chat show Koffee With Karan.

“As far as the coffee date is concerned, Sara’s mother (Amrita Singh) has told her that ‘you should stop talking about it because you have said it many times and now let Kartik react on it’. So, I can just say that I am ready for a coffee date. Sara just needs to tell me the time and place.”

There were reports that filmmaker than Imtiaz Ali has roped in Kartik and Sara for his next project, which is said to be a romantic comedy. Addressing the reports, he said, “I think this question could be better answered by Imtiaz sir about. Till the time, he doesn’t give conformation on the same I won’t be be able to comment on it.” On the film front, he will soon be seen in Luka Chuppi, which will hit the screens on March 1 this year.