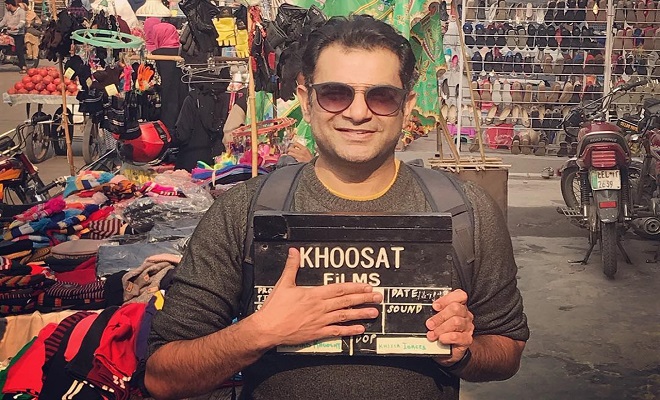 After having stayed away from the cinema screen for four years, Sarmad Khoosat is all set to return with a bang. The last time we saw Khoosat, he acted and directed the critically acclaimed film Manto and made a huge impact on the Pakistani entertainment industry.

Although he had stayed away from films for a while. Sarmad Khoosat had been busy directing television plays, all of which including Noor ul Ain and Akhri Station ended last year on ARY Digital and earned amazing reviews from the audiences.

Read More : Sarmad Khoosat all set for a phenomenal 24hrs continuous performance “No Time To Sleep”

Now, as a news story published by Entertainment Pakistan, Khoosat has wound up one of his two announced films. Titled Zindagi Tamasha, Khoosat’s upcoming film is bilingual and has been directed and produced by himself. The film will also have a cameo by Sarmad Khoosat and stars veteran actress Samiya Mumtaz alongside newcomers Eman Suleman, Ali Qureshi, and Arif Hasan. It is being said that Khoosat is currently preparing to release his film with an international film festival premiere, more news about which is being awaited.

Zindagi Tamasha, as per the news source, has been cleared by all three censor boards in Pakistan and is prepping up for a release in the last half of the year. The film will be distributed by IMGC in Pakistan.