The details were shared in a video message posted by him on Facebook. 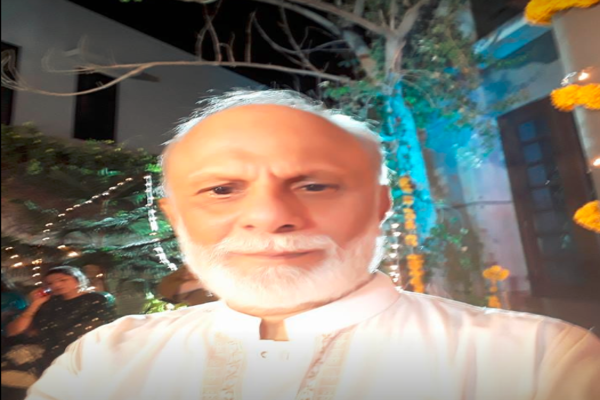 Senior Pakistani actor Khalid Zafar demands justice as his house has been illegally occupied by a few people. The details were shared in a video message posted by him on Facebook.
By taking it to social media, actor explained his misery and helplessness he is facing over the period of time. His house which he built by using all his resources, his 45 years savings, including  inheritance, was put on sale and few people using wrong tactics has taken over it.

The senior actor is worried about the situation as he cannot move into his house though he has all the relevant documents.

The actor demands to seek justice. As he has appealed to all the people presiding in public offices in Pakistan. He demanded the Chief Justice of Pakistan, PM Imran Khan, CM Sindh Murad Ali Shah, Governor Sindh Imran Ismail, DG Rangers and as well as President of Pakistan Dr. Arif Alvi, to take notice of it. All he wants is to get his house back.

This is not the first time that people belonging to entertainment fraternity are taking to social media to get their voices herd. It was some while ago when a request was shared on comedian Majid Jahangir’s behalf gain attention and get help to ease off his sufferings. One can say social media in Pakistan has become a strong voice when it comes to sharing issues as well.

tweet
Share on FacebookShare on TwitterShare on PinterestShare on Reddit
Saman SiddiquiSeptember 23, 2018
the authorSaman Siddiqui
Saman Siddiqui, A freelance journalist with a Master’s Degree in Mass Communication and MS in Peace and Conflict Studies. Associated with the media industry since 2006. Experience in various capacities including Program Host, Researcher, News Producer, Documentary Making, Voice Over, Content Writing Copy Editing, and Blogging, and currently associated with OyeYeah since 2018, working as an Editor.
All posts bySaman Siddiqui