Shaan Shahid shares his two cents on actors and depression

Shaan needs to understand that mental illness is not a choice 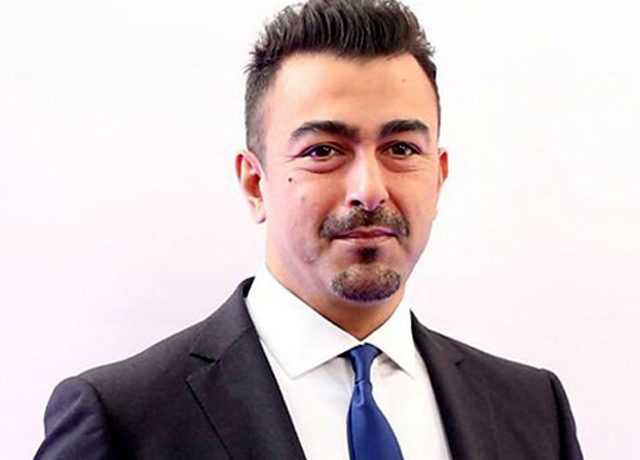 Shaan Shahid is one of the most accomplished and veteran actors of the Pakistan film industry. The hero, in the truest sense, Shaan Shahid has been ruling hearts of all since forever. But most often than not, Shaan, makes a comment that lands him in hot waters not only with his fans but with the industry as well.

This time, its Shaan Shahid’s stance on actors and their depression. Perhaps the Arth actor has misunderstood the essence of method acting or missed what he was truly trying to explain through his recent social media post. 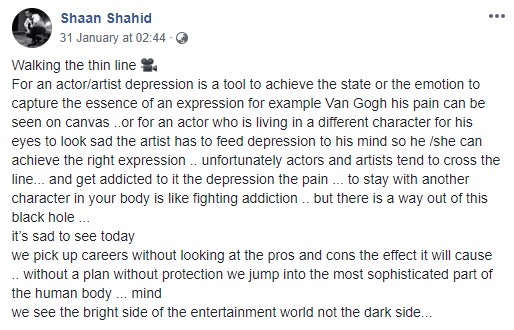 “For an actor/artist depression is a tool to achieve the state or the emotion to capture the essence of an expression for example Van Gogh his pain can be seen on canvas ..or for an actor who is living in a different character for his eyes to look sad the artist has to feed depression to his mind so he /she can achieve the right expression .. unfortunately actors and artists tend to cross the line… and get addicted to it the depression the pain … to stay with another character in your body is like fighting addiction .. but there is a way out of this black hole …
it’s sad to see today
we pick up careers without looking at the pros and cons the effect it will cause .. without a plan without protection we jump into the most sophisticated part of the human body … mind
we see the bright side of the entertainment world not the dark side…”

Perhaps Shaan was trying to make a point, however, what we feel is that the actor, in his attempt, to explain actors and how they become depressed, has missed an essential fact. Depression does not overcome a person even if he’s choosing to portray such a character. Depression is clinical and psychological, a condition that needs to be properly treated. People who are depressed, do not “choose” to stay depressed or cross the line. Without proper help, depression can be life threatening, and nobody in their right frame of mind would ever chose to live with such a condition.

Perhaps Shaan Shahid was hinting towards Mohsin Abbas Haider’s recent post about his depression and the fact that he chose to play the rather negative and depressive character of “Dabeer-the child molester” in Meri Guriya. But whatever he was trying to say, Shaan’s comment has come out as rather insensitive considering that depression and mental illnesses are growing at a fast pace amongst his fellow members and instead of reaching out with a helping hand, here he is, one of the most revered star of the industry, talking about its dark side and making huge, incoherent assumptions.