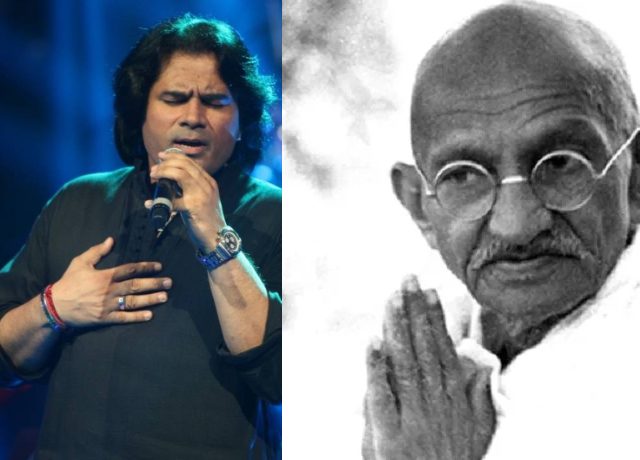 Shafqat Amanat Ali was recently featured in a musical tribute to Mahatma Gandhi on the occasion of his 150th birth anniversary celebrations on October 2. The singer, who is well known on both sides of the border has performed the Indian leader’s favourite chant Vaishnav Jan To Tene Kahiye.

“From Armenia to Angola, Sri Lanka to Serbia, Iraq to Iceland, prominent local singers/groups have showcased their talent to this favourite hymn of the Mahatma. 1-2 videos from different regions of the world were then put together in a fusion video of about 5 minutes to give a flavour of the bhajan as recorded by different artists. It is expected to have contribution from all the countries recognised by the United Nations,” the statement from Indian External Affairs Ministry said.

The Indian missions and embassies abroad invited these artists for the said collaboration. Bollywood composer and singer Vishal Dadlani took to Twitter and praised the effort. “My friend @ShafqatAmanatA sings #VaishnavaJan , Gandhiji’s favourite bhajan, and proves pretty conclusively, as he always does, that music is both, “ibaadat” and “bhakti” together! [sic]” he wrote.

I haven’t heard a more beautiful description of this rendition.. Means a lot coming from you @VishalDadlani and thank you for always being so generous with your appreciation brother! Hope this initiates efforts for peace & hope to see you soon in Lahore https://t.co/NCl7dN9jml

“Hope this initiates efforts for peace & hope to see you soon in Lahore,” responded Shafqat.