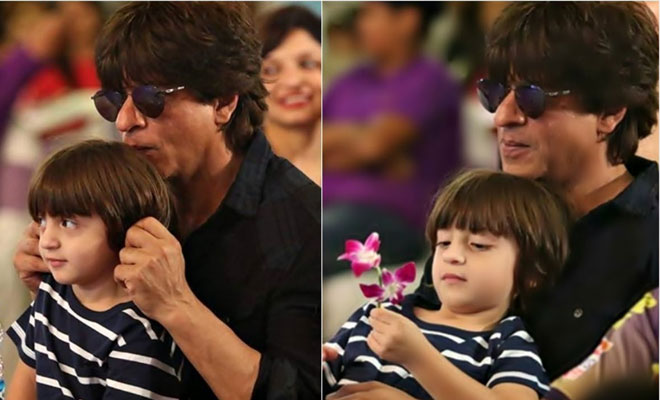 The festival of Christmas is around the corner and Gauri Khan is already one step ahead. People all around the world will be celebrating the day in the company of their friends and family. Bollywood celebs are also gearing up for the fun-filled festivities and social media is flooded with posts from celebs who are sharing little glimpses from their celebrations with all their followers. Gauri Khan recently took to her twitter and shared a post of AbRam and Shah Rukh Khan doing the actor’s signature pose and wished all her followers a Merry Christmas.

Shah Rukh was quick to reply on the post and wrote, “Sitaron ke khwaab dekhne waalon humne chaand ko paida kiya hai…Merry Christmas to you all.” Take a look at his instant and adorable reply:

Shah Rukh’s film Zero hit the screens recently and opened up to mix-reviews. The movie has earned INR 38.36 crores on its first day which is clearly not at par with the expectations had from it. Earlier on Friday, the film opened with a collection of INR 20.14 crore.

The movie stars Anushka Sharma and Katrina Kaif in lead roles. The movie’s cast has been applauded for their performance in the film.