SRK- the king of comebacks! 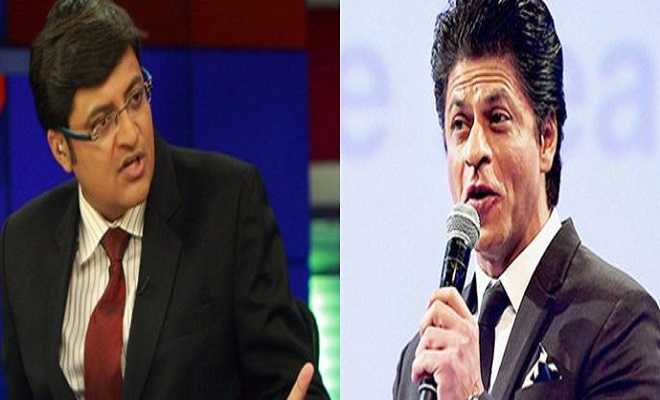 SRK was of the opinion that all media houses ought to collaborate more for creativity, as they’re all content creators first and not businessmen. The actor wished for the industry to not be judgemental about a film without watching it.

As is his nature, Arnab Goswami tried to catch on the point by bringing SRK’s opinion in between. In a very taunting tone, Goswami said to Shahrukh, “You know Shah Rukh, you started by saying we’re not businessmen, we are content creators. But you’ve mention ‘profit’ 3 times in last 5 minutes.”

Shahrukh Khan, who is also known as the king of comebacks, very efficiently put Goswami back to his place by replying in a matter of fact tone, “Gurbat mein creativity nahi hoti. Main hamesha sabko bolta hu, ‘First get rich, then become a philosopher (There is no creativity when one is poor. I always tell people to first get rich, then become a philosopher).”