Neha and Shahbaz Taseer were rumored to have been romantically involved for some time. 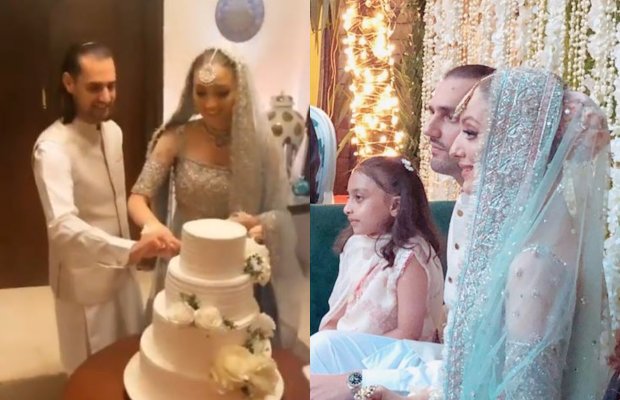 For the last couple of days, social media has been buzzing with wedding celebrations of Moray Saiyaan diva and son of late politician Salman Taseer’s son Shahbaz.

The model turned actor Neha and Shahbaz Taseer were rumored to have been romantically involved for some time.

The couple has made it official now after saying Qabool  Hai on Friday.

The images and photos from their Nikkah and Mayun ceremony are doing rounds on social media.

It was last year in December when Shahbaz’s ex-wife Maheen Ghani accused model Neha of destroying her marriage.

The ace fashion designer had reunited with her now former husband after four years in 2019, as Shahbaz was released from being hostage.

Maheen Ghani labeled Neha a homewrecker and shared her allegations in a social media post.

Maheen in Instagram stories shared: “To each their own I guess and whatever makes them happy. Though I do hope that this trend of certain models with married men and vice versa changes. I am divorced now fortunately and wish them peace and healing.” 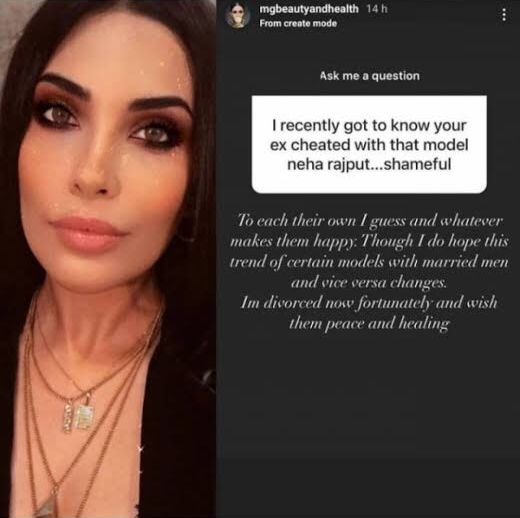 On the other hand, Neha did not remain silent over the allegation and fired back at Maheen in a social media post.

Neha wrote: “Lol it’s easy to point out fingers at people who stay quiet, well there is always two sides to a story just because someone is quiet doesn’t mean they are wrong. I’m amazed at how whenever something comes up it’s so easy for people to put on models calling them homewreckers and totally disregard housewives who when their husbands are away for long, they cheat left, right and centre and then blame the man for moving on. I rest my case here and I wish her peace and love.” 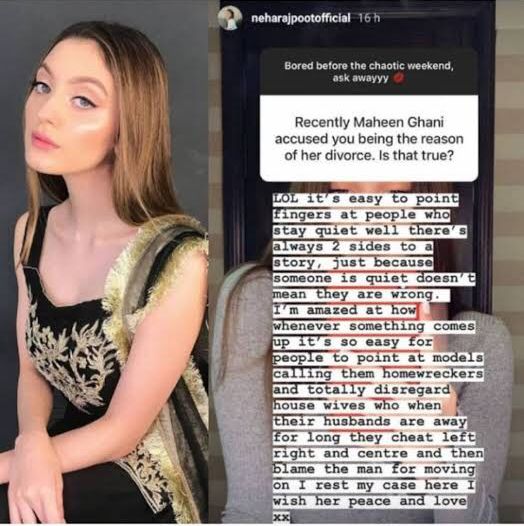