The six fans who suggested the name will also get a prize from Lala! 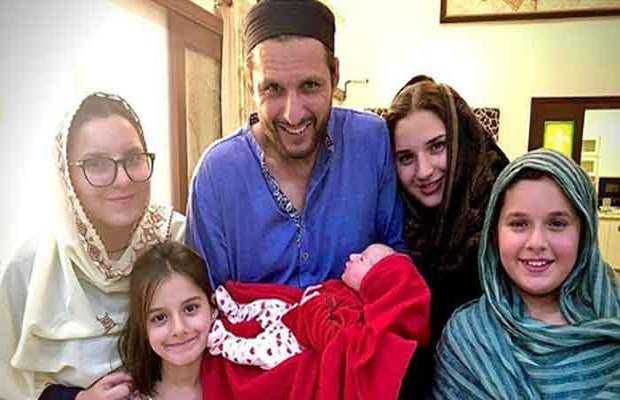 Cricket star Shahid Afridi was blessed with the fifth daughter a few days ago and fans ecstatic for their Lala. In addition to heartfelt congratulatory messages, Twitter was also abuzz with fans speculating about the name of the new arrival as many predicted Afridi’s daughter to have a name starting with an ‘A’ like her four elder sisters.

Lala took this opportunity to include his fans in his happiness and announced an unexpected yet cutest contest.

“This one’s for my fans,” tweeted Afridi while adding, “As you can see there’s a trend of my daughter’s names beginning with the letter ‘A’. Send me your recommendations for our new arrival with ‘A’.”

“The winning name I select gets a prize! Keep the names rolling!” announced the cricket star.

Soon after fans excitedly participated in the contest and hundreds of name suggestions were tweeted. Finally, the cricketer announced his daughter’s name today and it’s Arwa – meaning grace and beauty.

“I’ve enjoyed taking time reading all of your name suggestions for our baby: Thank You so much! The suspense is over and ‘Arwa’ is the name we have gone for,” Lala tweeted as he congratulated six of his fans who had suggested the name.

I’ve enjoyed taking time reading all of your name suggestions for our baby: Thank You so much! The suspense is over and ‘Arwa’ is the name we have gone for ☺. Thanks & congrats to @AbdulQa40839442 @sheenwaheed @MoonaAfridi @khurrammustafa7 @Whosain1 @amjad_paracha #Arwa https://t.co/ZVSfZ9F9uc