The couple has welcomed their second baby 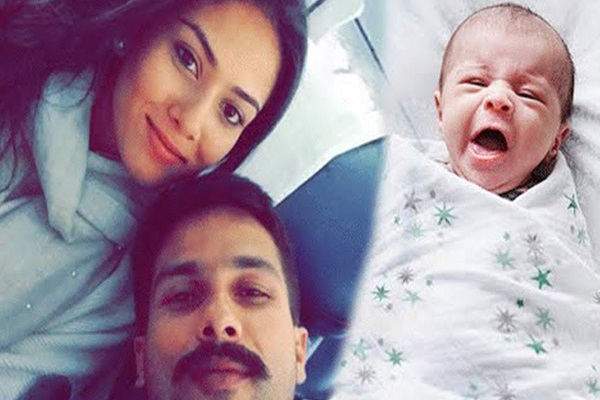 Bollywood actor Shahid Kapoor and his wife Mira Rajput have welcomed their second baby and its a boy! Yes the couple this time is blessed with a son. According to Filmfare the new bundle of joy has been named Zain Kapoor.

Shahid Kapoor’s wife Mira Rajput aka Mira Kapoor gave birth to a boy on Wednesday at Mumbai’s Hinduja hospital. Mira was admitted to the hospital in the evening where her mother Bela Rajput was attending her along with other family members including Shahid Kapoor’s mother Neelima Azim and Shahid Kapoor’s step brother and actor Ishan Khatter.

Shahid and Mire, earlier this year announced the pregnancy news  on theirs Instagram account in a very creative and unique way.

The couple tied the knot in the year in the year 2015 and ere blessed with their first child  Misha in the year 2016. Shahid and Mire have been receiving warm wishes from their fellow celebrities on the arrival of their second child,

Congratulations Shahid and Mira on the new addition to the family. Now cutie Misha has a brother to play with. 👶 👨‍👩‍👧‍👦@shahidkapoor #MiraKapoor

Congratulations @shahidkapoor and #MiraKapoor ! And a warm welcome to Baby Kapoor ! 🙂 #ItsABoy

tweet
Share on FacebookShare on TwitterShare on PinterestShare on Reddit
Rameeza NasimSeptember 7, 2018
the authorRameeza Nasim
Rameeza Nasim, a Paralian, passionate about poetry, drama and fiction. By giving drama critiques I feel like I am endorsing the writer's message to the audiences, I love my job. Being a critic responsibility lies on my shoulders to point out the flaws and shortcomings of the play be it on writer's , performers or director's end . I did my Masters in English Literature and Linguistics .
All posts byRameeza Nasim