Kapoor took to social media to share the pictures 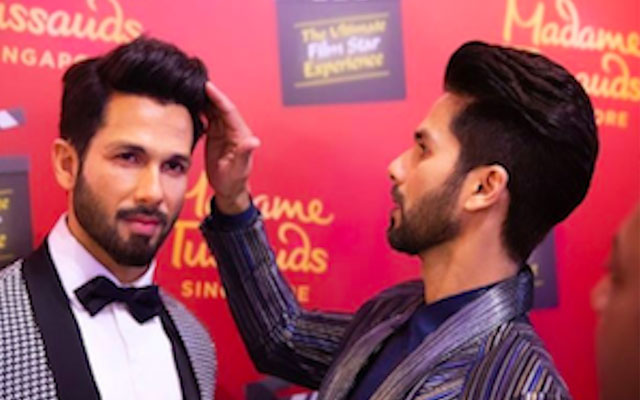 The 38-year old actor was in Singapore on Thursday for the unveiling of his life -size wax statue.

Posing pictures with his wax figurine, Kapoor took to social media to share the photographs. He captioned one of them, “Twinning.” In another photo, he can be seen fixing the hair of his life-like statue. 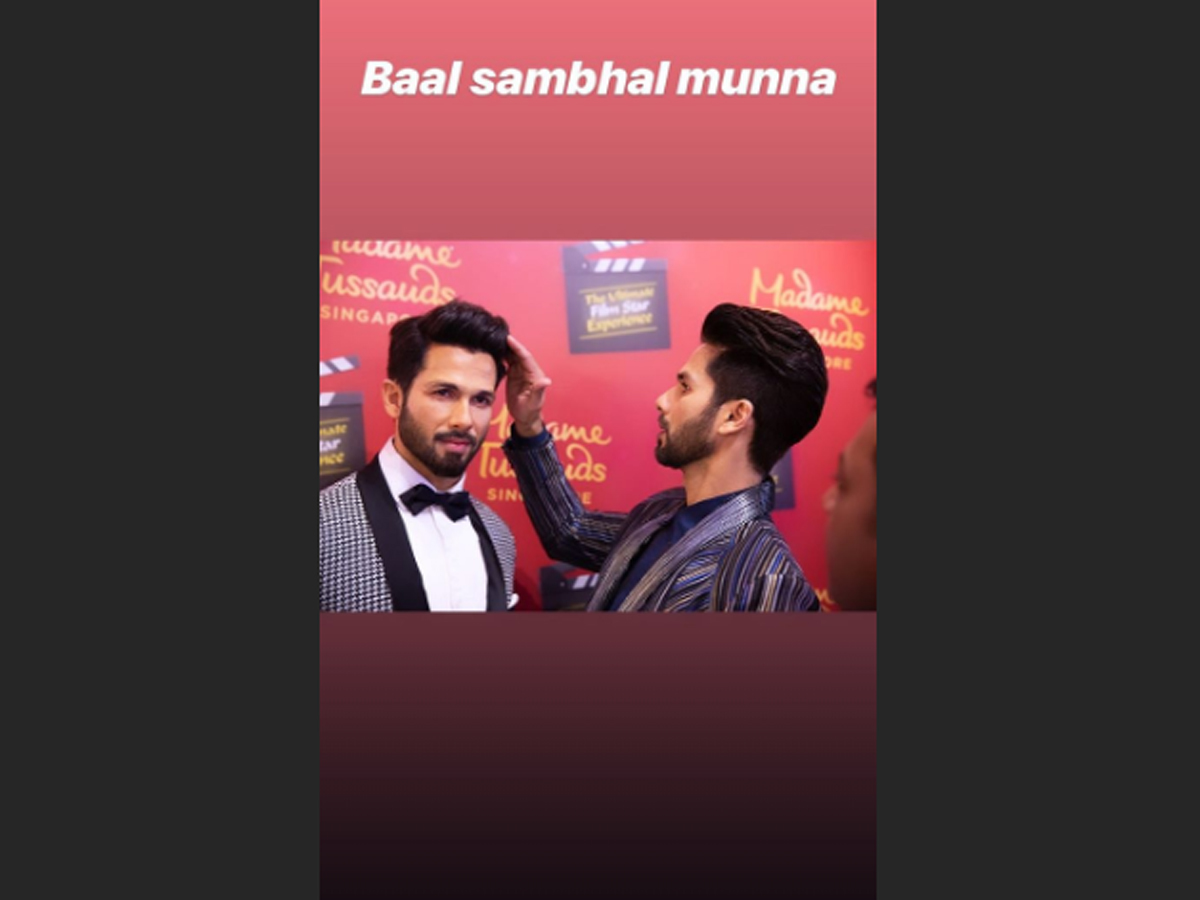 At the museum, the Kabir Singh actor was seen wearing a blue pinstriped suit which he paired with a black shirt. The shoes of both the actor and his statue were also similar. Looks like Madame Tussauds got this one on point.

Shahid was accompanied by his wife Meera Rajput at the museum who also shared a picture from the museum.

Mira, in the photo, is seen wearing a stunning halter neck figure-hugging black gown, whilst holding hands with Shahid and the wax figurine as well. Mira shared the photographs on her Instagram with a rather catchy caption along with the post.

“Taking mine home but left one for you Madam.”

Taking mine home but left one for you Madam ⭐️

Talking about finally being inducted in the prestigious wax museum, Kapoor said:

“It’s a bit surreal and wonderful to be here and when you walk in to this area and see so many people in real life and then you see their statues, which is a life like, it feels a bit weird… My wife found it weird when she had a little bit of a sneak peak of my statue and I think she is getting over it.”

On the work front, Shahid will be next seen in his upcoming Kabir Singh slated to release on June 21.