Shahrukh, Aamir Hug It Out!

Aamir, who happened to catch the trailer for Zero a bit early, was thoroughly impressed 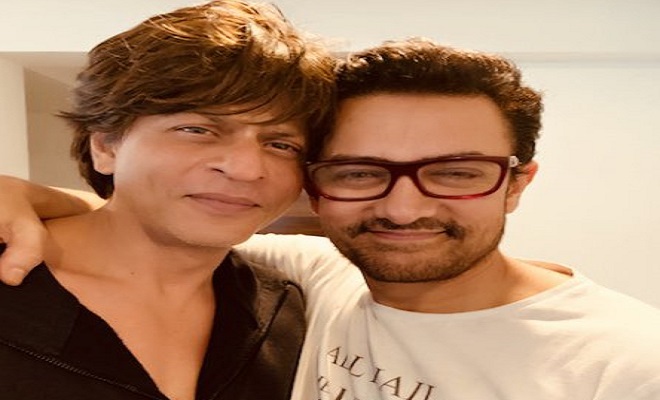 It seems, the next two months are going to be big for Bollywood. We’re expecting major releases from the two biggest Khans of the industry, Aamir Khan and Shahrukh Khan. While Aamir has been wowing us with the teasers of Thugs of Hindostan, Shahrukh Khan, it seems has impressed Aamir with the trailer of his upcoming film Zero.

For the public, the trailer for Zero, will release tomorrow. However, Aamir, who happened to catch the trailer for Zero a bit early, was thoroughly impressed. OUTSTANDING wrote Khan on his Twitter, sharing a message for Shahurkh Khan, Katrina Kaif, Anushka Sharma and also Aanand L Rai, the director.

And if the praises weren’t enough, Aamir and Shahrukh shared a selfie, hugging each other.

The two Khans of Bollywood together, now that’s something big. Of course people are already speculating about a collaboration soon. And who wouldn’t love to see Mr. Perfectionist and King Khan together, spreading their magic on screen.