Shahrukh Khan says “It will be a privilege to meet Malala”

SRK will ask his team to make the arrangements sooner than soon, says the tweet. 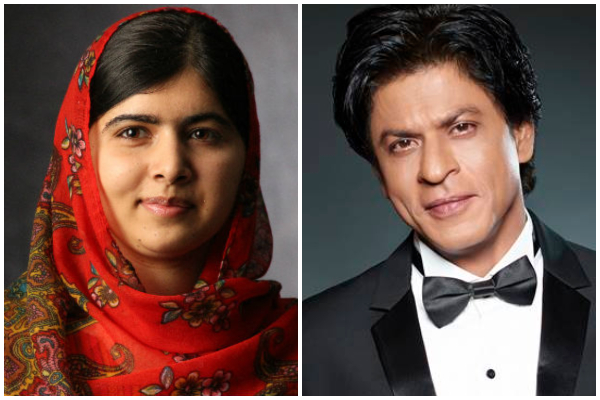 King of Bollywood, Shah Rukh Khan, on Sunday, responded to the request of youngest Nobel Prize winner from Pakistan, Malala Yousafzai when he was invited to Oxford University recently. The principal of the prestigious institution, Alan Rusbridger, requested Khan to pay a visit to Oxford through a Twitter post saying “Can we tempt you to (visit) Oxford University to talk to our students at Lady Margaret Hall( at the campus)? They love you.”

can we tempt to to Oxford University to talk to our students at @lmhoxford? They love you (I'm the principal)

In reply to  Alan Charles Rusbridger’s tweet invitation for a talk at the Oxford University, Bollywood superstar Shahrukh Khan, the 21-year-old, Malala Yousufzai, who has started her second academic year at the university, responded, “Still waiting!”

Seems like it was a lucky day for Malala because Mr Khan saw her tweet to which he kindly replied that it will be a privilege to meet her and that he’ll ask his team to make the arrangements sooner than ever!

Most certainly would love to do it & meeting u will be a privilege. Will put my team to schedule it sooner than soon https://t.co/hX9b0ghJxL

If met, Khan will be the latest addition to the string of celebs Malala has met. Last year, the activist met another global icon Priyanka Chopra, who was in absolute awe of her.

The former Miss World wrote to Malala, “Oh Malala, no words will be enough. I can’t believe I met you! You’re just a young girl with so much heart and such achievements. So proud.”
tweet
Share on FacebookShare on TwitterShare on PinterestShare on Reddit
Laiba SabeenOctober 8, 2018
the authorLaiba Sabeen
All posts byLaiba Sabeen