And Sham Idrees is engaged to Queen Froggy!

The whole of the happening was shared in the latest vlog, available on YouTube 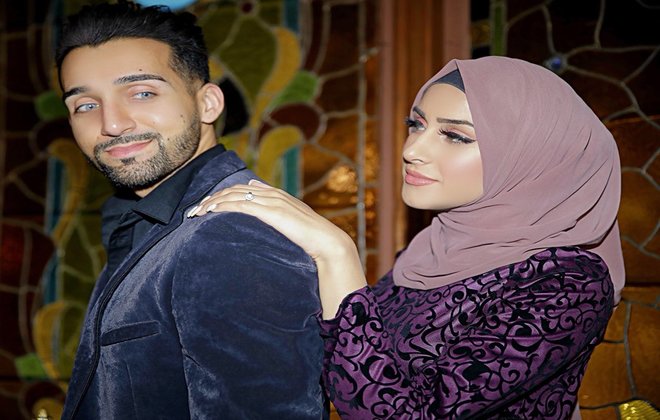 The world famous vlogger and comedian Sham Idress got engaged. Yes, the Internet’s cringiest YouTube couple, Sham and Froggy are finally engaged. The duo has a massive fan following over the social media. They both are famous for the videos they have made together. And the proposal thing was also being discussed on recent vlogs.

By taking it to social media the Sham Idrees posted the engagement announcement, so did Queen Froggy. The whole of the happening was shared in the latest vlog, available on YouTube. And guess what the real name of Queen Froggy is also shared this time, for which sham has been teasing long time to reveal.

We are engaged. A new chapter of our lives begins 🙏 Alhamdulillah pic.twitter.com/ebB1YOyspP

The engagement post has received more 4.5k likes so far on twitter, and people continue to post their congratulations messages. Not just that, fans have also invented new hashtag for the couple #Shroggy.

Okay @Shamidrees proposing @QueenFroggy really was adorable. Always knew they had to happen😋 but the recent happenings were like hssjkslsjkds too much drama 😛 nevertheless it happened &theyre engaged & im actually happy for them. Wish them the best of lives together! #shroggy pic.twitter.com/bGif65s1kd

❤❤ تهانينا على خطوبتك ❤❤@Shamidrees & @QueenFroggy ❤💗💘
May Allah bless you with everything you deserve and prevent any negativity coming towards you and may you have a happy, Happy, HAPPY life ahead Ameen 🤲😘💗💗 pic.twitter.com/SVBIPfgnjK

Sham Idrees is a social celebrity media celebrity residing in Canada, he gained fame via vlogging on his YouTube Channel. He has also tried his luck with the music, making singles such as “Bolo Na,” “Pyar Hoa,” and “Fame and a Girl.” He has not only himself featured  in the vlog but also Queen Froggy.

Those who have been following the vlogs regularly, know well that there was an ongoing drama related to Sham’s proposal, which Froggy declined earlier. This all started with Sham Idrees’s dare of marrying her at the cost of people subscribing to his channel.

But, the massive response to the engagement news brought relief for the fans. So, they are going to be the next most followed couple in the social media, let’s wait a bit more to find out when will be the wedding taking place.

tweet
Share on FacebookShare on TwitterShare on PinterestShare on Reddit
Saman SiddiquiNovember 7, 2018
the authorSaman Siddiqui
Saman Siddiqui, A freelance journalist with a Master’s Degree in Mass Communication and MS in Peace and Conflict Studies. Associated with the media industry since 2006. Experience in various capacities including Program Host, Researcher, News Producer, Documentary Making, Voice Over, Content Writing Copy Editing, and Blogging, and currently associated with OyeYeah since 2018, working as an Editor.
All posts bySaman Siddiqui