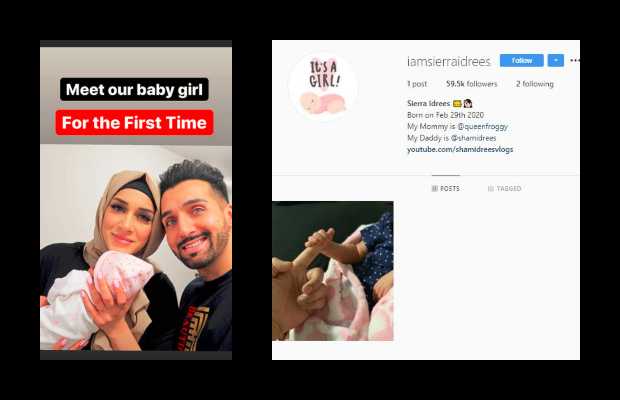 Sham shared an adorable photo of their newborn holding his finger with a caption, “Alhamdulillah - OyeYeah News
1Share
460Views

Idrees shared an adorable photo of her newborn holding his finger with a caption, “Alhamdulillah, we are blessed to announce the arrival of our baby girl. Please keep her in your prayers! Say Mashaa’Allah,” the post read.

Later the duo introduced the newborn to the world in the other post. 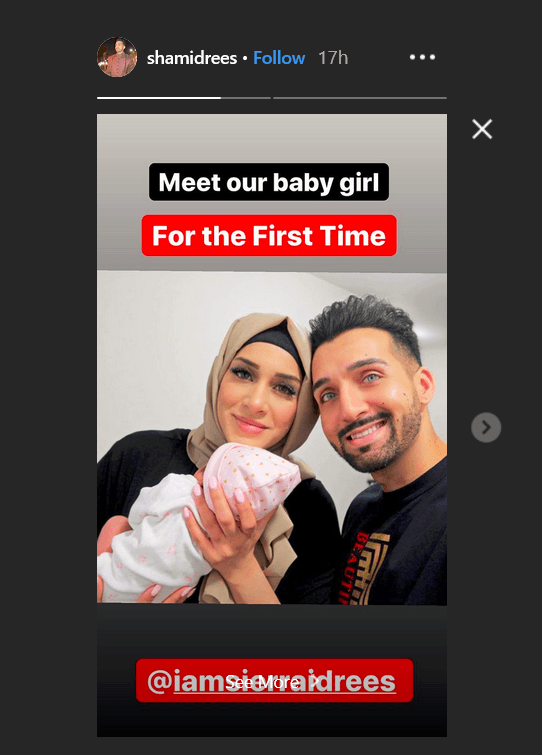 The duo who has a massive fan following over the social media, tied the knot earlier this year after a number of refusals from Froggy have been keeping their fans updated about their well being on social media.

It was a few days ago when Sham had announced that the two were expecting their first child.

The couple who is based in the UK, visited Pakistan earlier this year. And as expected Sham Idrees and Queen Froggy were involved in a big controversy with other vloggers including Ducky Bhai, Zaid Ali T, and others. And yet again the matters were settled between the two parties.

Ever since the announcement of their new arrival, Sham and Froggy are receiving congratulations from fans and wellwishers from all around the world and surprisingly they received wishes from Ducky Bhai who was previously embroiled in a heated feud with Idrees.

And guess what, the baby girl seems to have inherited that social media celebrity status parents, An Instagram account for the newborn has been already created. It has managed to garner more than 57k followers in just a few days. 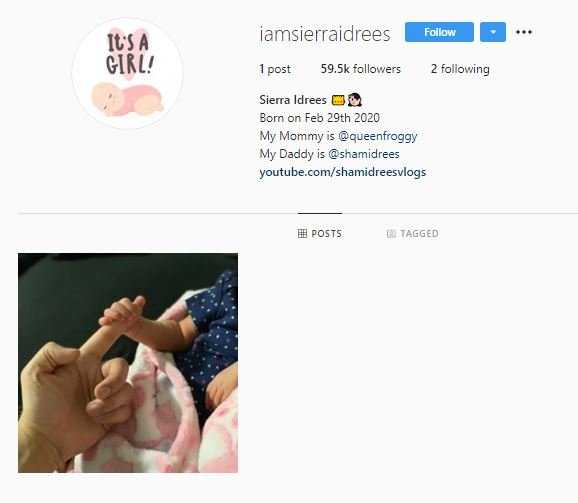 tweet
Share on FacebookShare on TwitterShare on PinterestShare on Reddit
Saman SiddiquiMarch 8, 2020
the authorSaman Siddiqui
Saman Siddiqui, A freelance journalist with a Master’s Degree in Mass Communication and MS in Peace and Conflict Studies. Associated with the media industry since 2006. Experience in various capacities including Program Host, Researcher, News Producer, Documentary Making, Voice Over, Content Writing Copy Editing, and Blogging, and currently associated with OyeYeah since 2018, working as an Editor.
All posts bySaman Siddiqui