Shaniera Akram Calls Out Shahveer Jafry for Reckless Behavior, the Vlogger Reckons Too 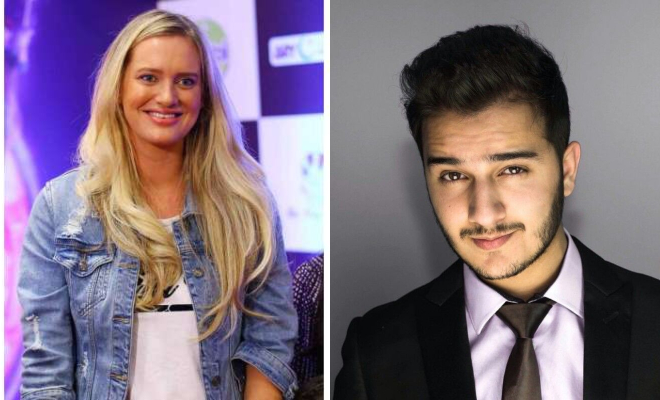 Shaniera Akram who has become more Pakistani than many overseas Pakistanis and is often known as the humble sweet national Bhabi, recently unleashed her wrath at Vlogger Shahveer Jafry. Shahveer who is currently in Pakistan, posted a video of himself hanging out of car window and captioned ‘Only in Pakistan’ and this “reckless” act of his did not go down well with Bhabi.

Taking it to Instagram, Mrs Wasim Akram called out Shahveer for his action and schooled him for encouraging such unsafe behavior on road. Shaniera said that hundreds of people die due to these actions anrd a vlogger should not be promoting it in the name of freedom in Pakistan.

Many people concurred with Shaniera’s opinion and others defended Shahveer. Shaniera however did not budge from her stance.

“I am not out to pick fights but I will pull people up if I believe what they are doing is wrong,” she said.

“I may have reacted harshly towards vlogger @shahveerjay only because I was so disappointed that someone with his large following would be so obtuse about the dangers of hanging out of a moving car window at high speeds,” stated Shaniera in another post.

“But we are in Pakistan and I will always defend for the betterment of Pakistan, I am a true believer that just because I am in Pakistan, it doesn’t mean I have the right to do whatever I want. We still have moral and cultural values to uphold,” she asserted.

“Like many of us who live in Pakistan, we see so much unnecessary death caused road accidents that could have been avoided. I’m fed up with it, I have campaigned, written articles, talked on morning shows and even cried to my friends who still don’t think they need to put their seatbelt on. So when this post came out I was furious,” added bhabi.

A while later Shahveer too echoed Shaniera’s voice and posted a similar statement.

Guys I do a lot of crazy stuff in my vlogs. I do not want you all to ever try it yourselves. I may sometimes go over-board and put myself into dangerous situation. I’d never want any of you to do the same ❤️ pic.twitter.com/1LPhMGFFwV

“Guys I do a lot of crazy stuff in my vlogs. I do not want you all to ever try it yourselves. I may sometimes go over-board and put myself into dangerous situation. I’d never want any of you to do the same,” said the YouTuber on his Twitter.

“Shahveer and I have spoken and hope to campaign together about the awareness of road safety.I look forward to working with him and hopefully we can save some lives together,” Shaniera bhabi closed the chapter gracefully.

P.S: Both Shaniera and Shahveer deleted their initial posts; Shaniera deleted the first post where she called out the vlogger whereas Shahveer too deleted his video.